Austria’s Wachau Valley is an unexpected star of Danube cruises, its pastoral charms making it one of the highlights of sailings heading westwards towards Germany.

Yet for the uninitiated, this peaceful panoramic region is generally overshadowed by the glories of the historic cities sitting along the Danube’s banks, with the trio of high-profile capitals, Vienna, Budapest and Bratislava, being the headline-grabbers of cruises along this stretch of the river. 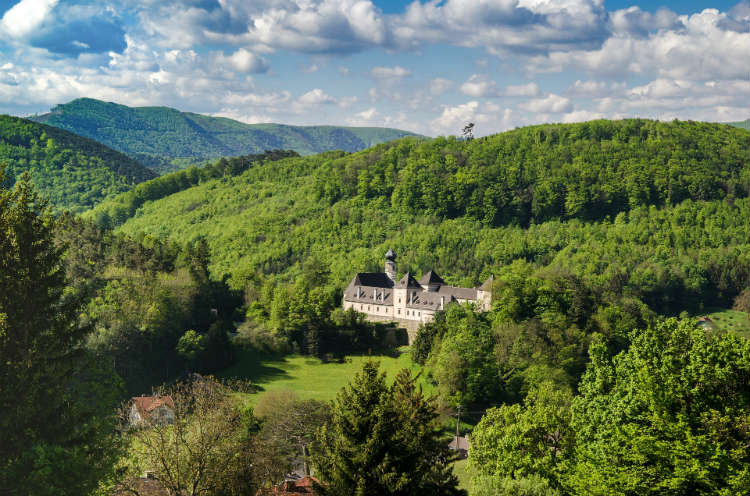 But no one should underestimate the idyllic landscape of the Wachau Valley and its lush green carpet of rolling hills dotted with stone castles standing proudly to attention; where pretty settlements of candy-coloured cottages line the riverbanks and Baroque-style churches, monasteries and Renaissance-era palaces make their mark on the skyline.

On sailing though the valley, which stretches for around 25 miles between the towns of Melk and Krems in Lower Austria, it’s easy to see why it has gained UNESCO World Heritage status.

And it’s not all about the arresting scenery. Thanks to the Wachau Valley’s mild micro-climate, it is one of Austria’s key wine-producing areas with grapes harvested from terraced vineyards that were established by the Romans and sit atop stony slopes rising from the Danube to heights of 1,200ft. 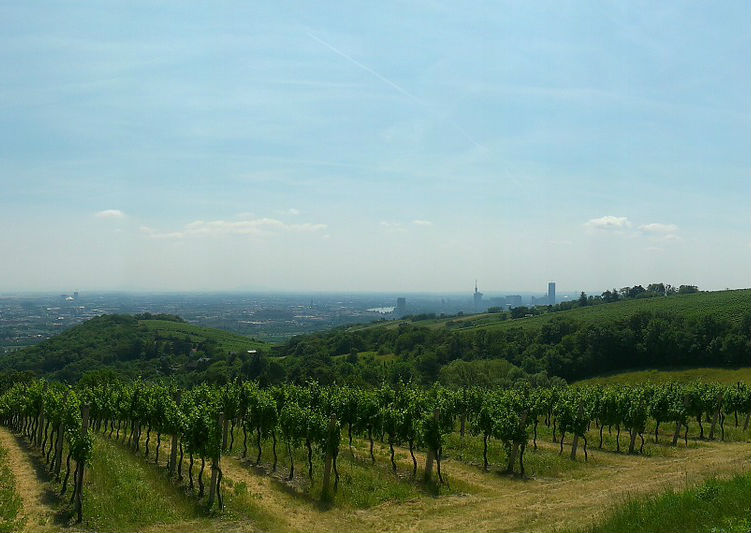 But, more surprising are the thousands of apricots grown here, whose presence came about almost by accident when wine-growers were looking for an alternative product to nurture after vine mite destroyed their crop.

Now the succulent treats, nicknamed the Queen of Fruits, and regarded as the best in Austria, are grown here in their thousands (there are a staggering 180,000 apricot trees) and made into a long list of products ranging from delicious brandies and liqueurs to jams and sauces. Even the kernels are transformed into tasty gummy sweets.

But the Wachau Valley is full of history too and one of the prettiest and most fascinating stops on river cruises is the village of Durnstein which sits on a rocky promontory above a gentle bend in the Danube River.

Not only is it in the heart of apricot and wine territory, but the village’s ancient Kuenringer Castle, whose ruins overlook the river valley, is where Richard the Lionheart was imprisoned in 1192 by Austrian duke Leopold V and later released after a 150,000 silver marks ransom was paid.

A short distance away is another popular stop, the town of Melk, which dates back to Roman times and is renowned for its imposing Benedictine Abbey built on the site of the original 11th-century medieval monastery that was destroyed by fire. 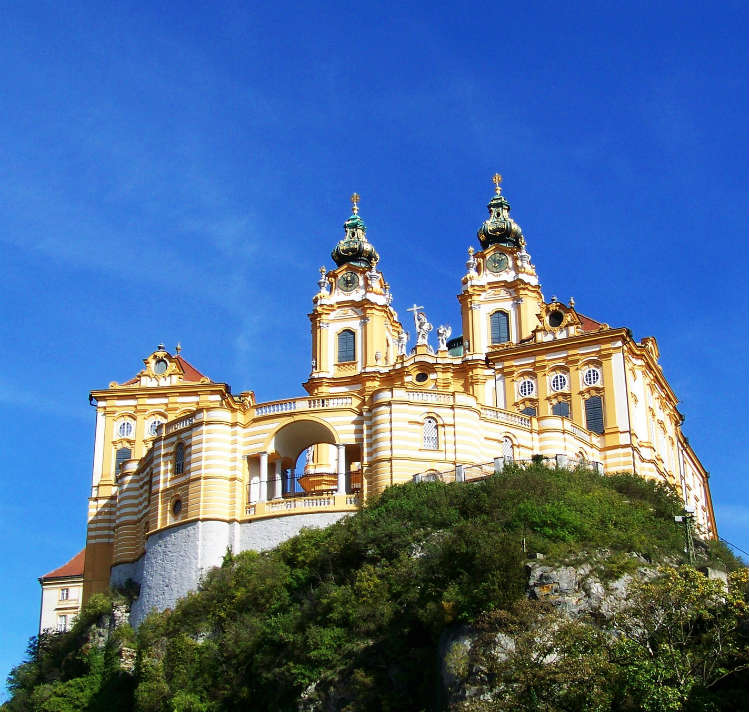 Its massive and stately replacement, built between 1701 and 1736 on a raised rocky outcrop overlooking the Danube, is regarded as a Baroque jewel and boasts a library of 16,000 volumes, along with breathtaking sculptures and artworks.

As Durnstein and Melk are so close together, most river cruise boats tend to visit them both on the same day, with some companies offering guided bike tours between the two. The 32km journey is largely along flat terrain, with regular stops to enable cyclists to absorb the beautiful views.

Other notable sights to look out for include Schallaburg Castle, around three miles from Melk and regarded as one of the best examples of Renaissance-style architecture in this part of Austria, though the central part of the castle dates from the Middle Ages. Other notable sights near Melk are the ruins of Burgruine Aggstein, dating from the 12th century, and the distinctive former monastery and castle Schloss Schonbuhel. 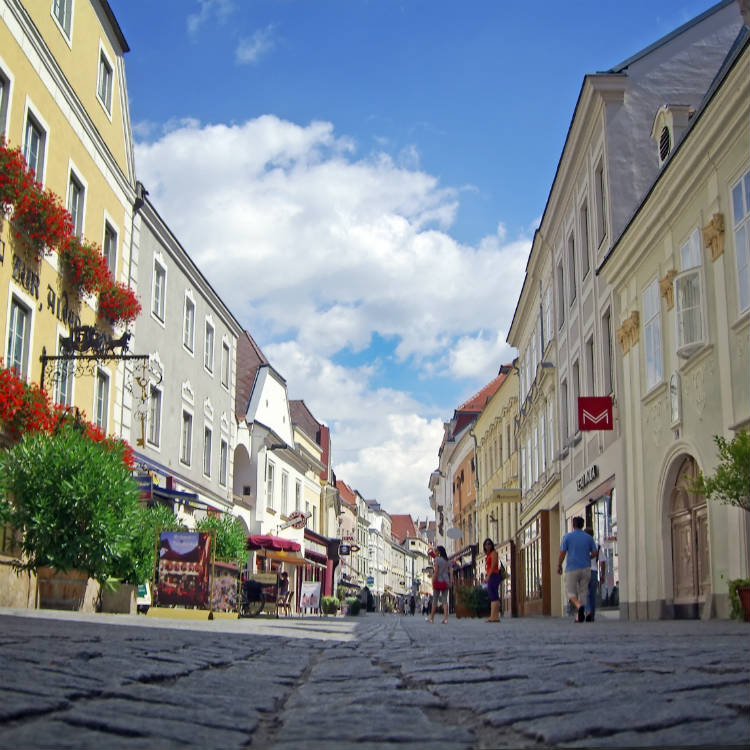 Krems  or, to give the town its full title, Krems an der Donau, marks the start of the Wachau Valley on sailings from Vienna and is noted as one of the prettier towns along this part of the Danube with its cobbled streets and classical architecture.

Notable draws include the preserved Baroque-style Steiner Tor gate, said to be the symbol of the city, and Benedictine monastery, Gottweig Abbey, dating from the 11th century, though much of the structure from this period burned down and was rebuilt in the 18th century.

When and where to go

All Danube sailings covering the stretch of river between Vienna and Passau will pass through the Wachau Valley where Melk and Durnstein are the main stops. 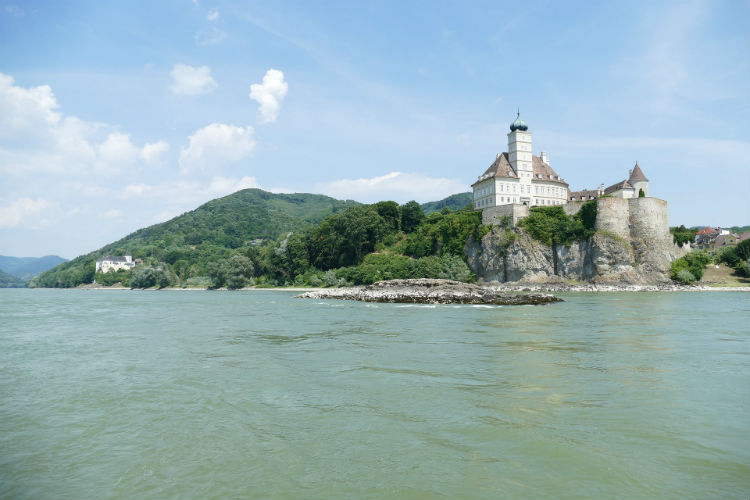 These are normally part of one-week sailings between Budapest and German towns such as Passau, Regensburg or Vilshofen on the main river cruise companies including AmaWaterways, Viking River Cruises, Avalon Waterways and Riviera Travel.

Departures tend to run from spring until autumn to capitalise on the mild weather when the scenery of this beautiful and lesser-known region is at its best, though some sailings start as early as March and run until November.