From its source at Martinskapelle in the Black Forest, the Danube forges an easterly course for 1,771 miles before it reaches the Black Sea in a sprawling delta.  Passing through no fewer than ten countries, this fabled waterway has been a cultural lifeline and commercial highway since Roman times. Despite Johann Strauss’s waltz extolling the ‘Blue Danube’, the colour is more murky brown due to sediment on the riverbed.

With a wealth of terraced vineyards and Baroque castles, the Upper Danube is a favourite for aficionados of river cruising. Now a few river cruise companies are setting a course east of Budapest to sail the less travelled, but no less spectacular, eastern reaches of the Danube through Hungary, Croatia, Serbia, Bulgaria and Romania. 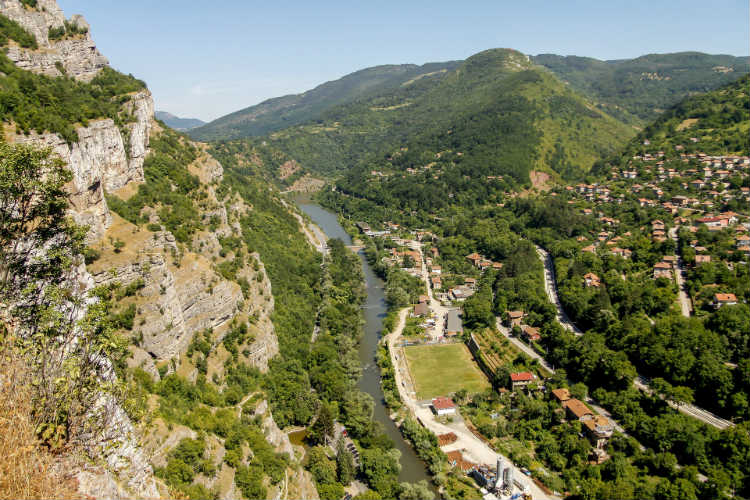 To Bohemia and Beyond

A stay in imperial Budapest is often a prelude to cruises heading down river. Tours visit the Neo-Gothic Matthias Church atop Buda Castle; plus the Holocaust Memorial where 60 pairs of cast iron shoes on the riverbank honour Jews who had to discard their footwear before being shot and thrown in the Danube. 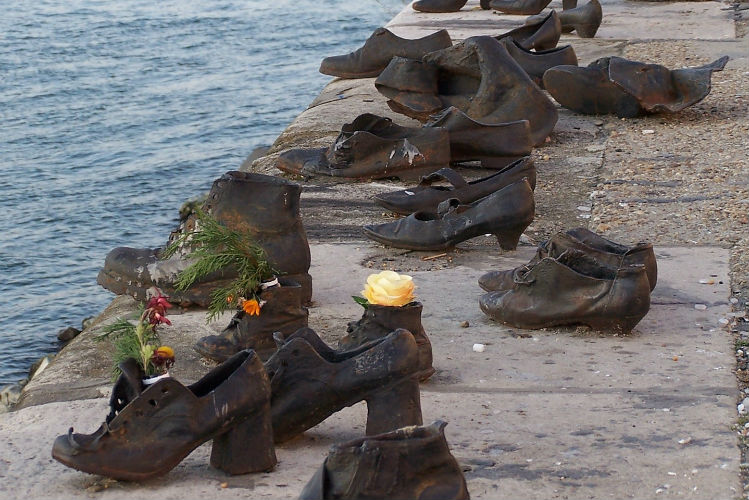 Ships set sail in the evening, passing the lofty spires of Hungary’s Parliament Building on the Pest side and the turreted Fisherman’s Bastion on the Buda bank, the entire tableaux illuminated in an ethereal golden light.

Heading south, ships reach Kalocsa, famed for the cultivation of ‘red gold’ – paprika. The 18th century Italian Baroque Assumption Cathedral in Holy Trinity Square is considered one of the most beautiful churches in Hungary. Here many cruise lines offer a private recital on the 4,669-pipe organ which was once played by Franz Liszt. 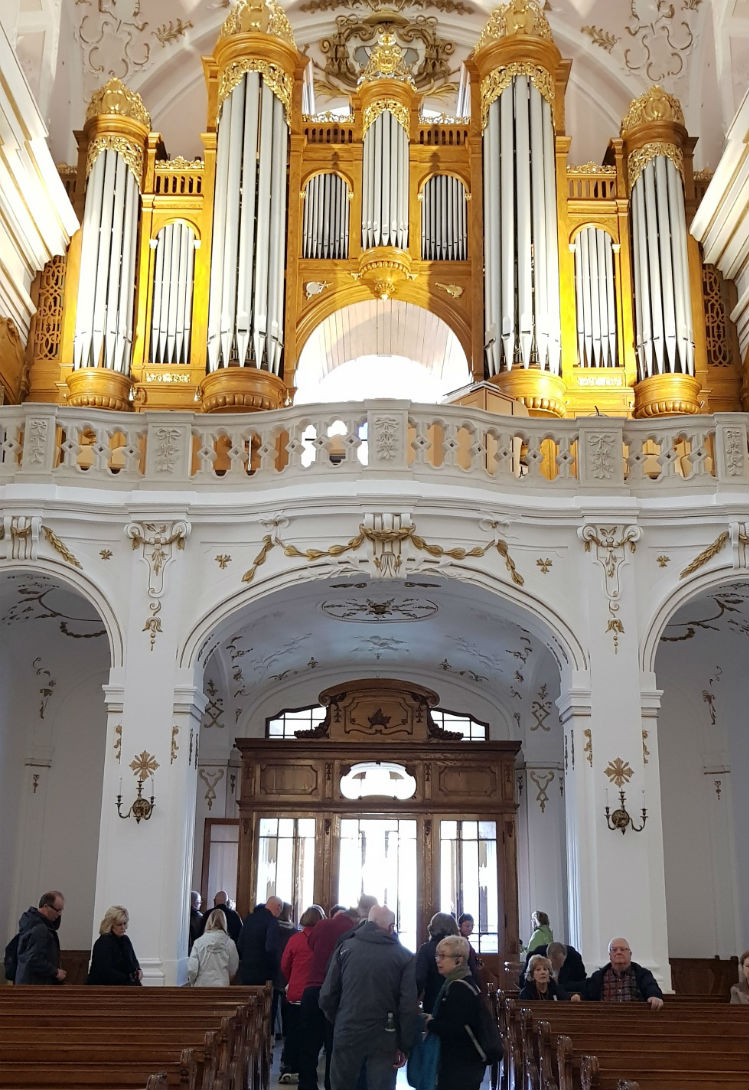 Tours continue across the Great Hungarian Plain to the Bakod Pustza Equestrian Centre for a display of horsemanship by csikós (mounted horse-herdsmen) dressed in flowing blue and black outfits.

The port town of Vukovar still bears the scars from the bombing during the wars that followed the break-up of the old Yugoslavia in 1991. From here tours head to Osijek where the Drava River meets the Danube. Following devastating shelling by the Serbs, the restored Art Nouveau mansions and fine Baroque buildings of the Citadel are a sight to behold.

More than anywhere else on this cruise, Belgrade reflects an awakening from the despondency of the Soviet-era. High on the Vračar plateau and clad in white granite and marble, St Sava’s is the second largest Orthodox Church in the world. In stark contrast, iron gaslights and trompe l’oeil façades are a feature of the bohemian Skadarlija district. 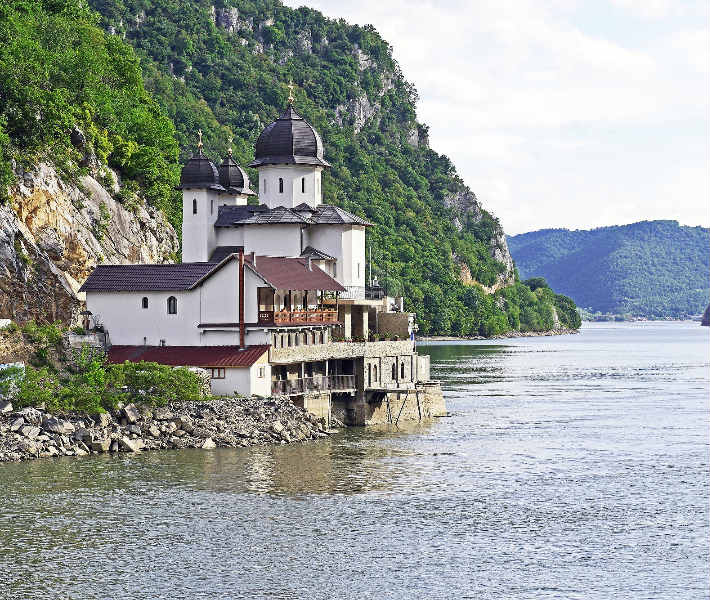 The spectre of Communism is forgotten the next day as ships navigate the Iron Gates. Here four narrow gorges create an 83-mile stretch of waterway bounded by steep cliffs separating Serbia and Romania. Iconic sights include the commanding medieval Golubac Fortress and a 130-ft high rock sculpture of King Decebalus. A transit of the two Djerdap locks of the Iron Gate Dam lowers vessels 63 feet to sea level. 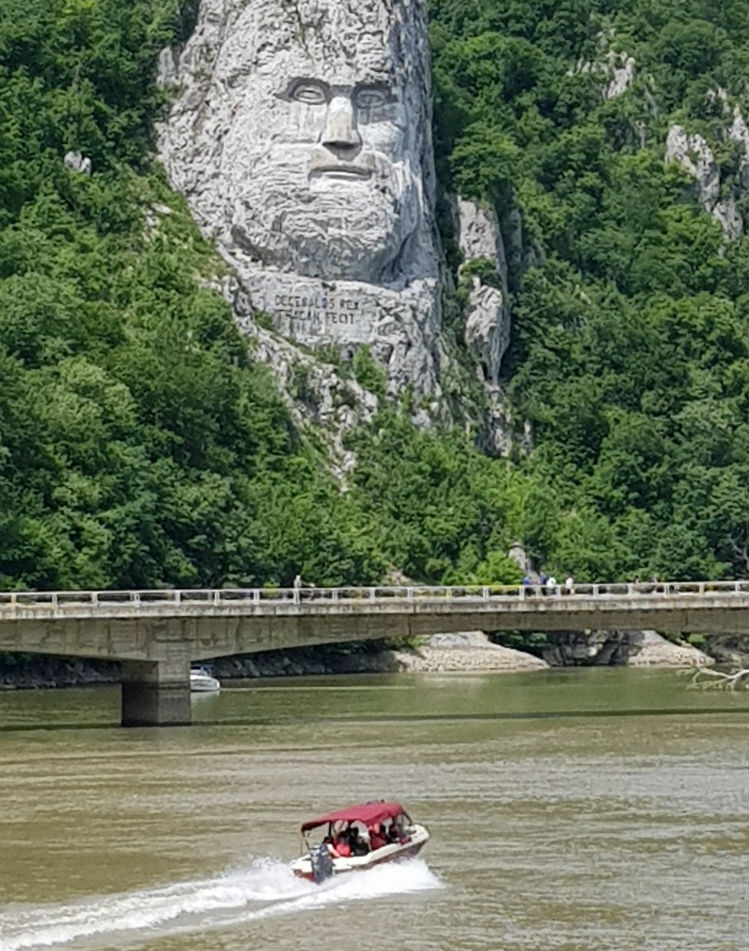 Coaches pass through the forlorn Bulgarian port of Vidin en route to Belogradchik. Here a series of 600ft red sandstone pinnacles have been contorted by the elements into bizarre shapes. Nestling among the rocks is the Kaleto Fortress, a strategic lookout originally built by the Romans.

The next port of Russe is Bulgaria’s most aristocratic city and has been dubbed ‘Little Vienna’ due to its Baroque and Neoclassical buildings. From here there’s a whole-day tour to Veliko Târnovo, situated in an amphitheatre of forested hills and known for its historic lanes and 19th century buildings. Later an exploration of the village of Arbanassi reveals churches filled with ancient frescoes.

Most cruises conclude at Giurgiu on the Romanian side of the Danube. From here a two-night stay in Bucharest is usually included. Forsaking its dark past, the Romanian capital is a city overflowing with Belle Époque architecture and leafy boulevards that’s fast becoming one of the hippest cities in Eastern Europe. Megalomania at its most extreme is reflected in the Palace of Parliament – built in the 1980s by Nicolae Ceauşescu, it is the second largest building in the world after the Pentagon. 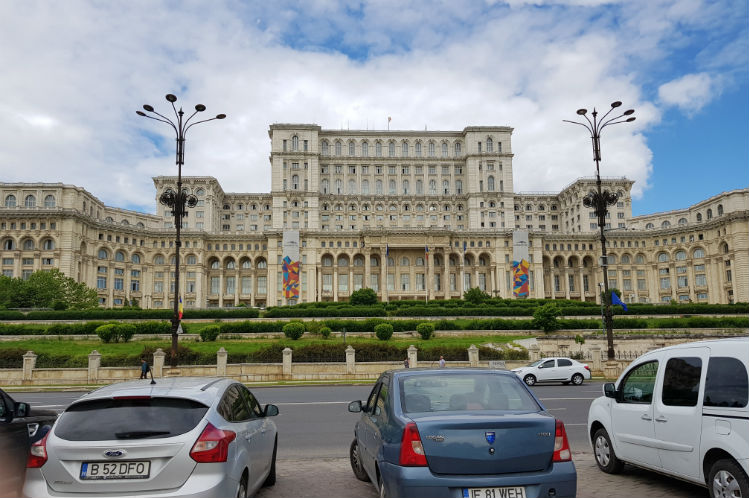 Viking River Cruises offer a beguiling three-night extension tour to Transylvania. After a drive through the snow-capped Carpathian Mountains, there’s a visit to Peles Castle, former summer residence of the Romanian Royal Family. A highlight of the tour is Bran Castle, perched atop a 200-ft high rock. 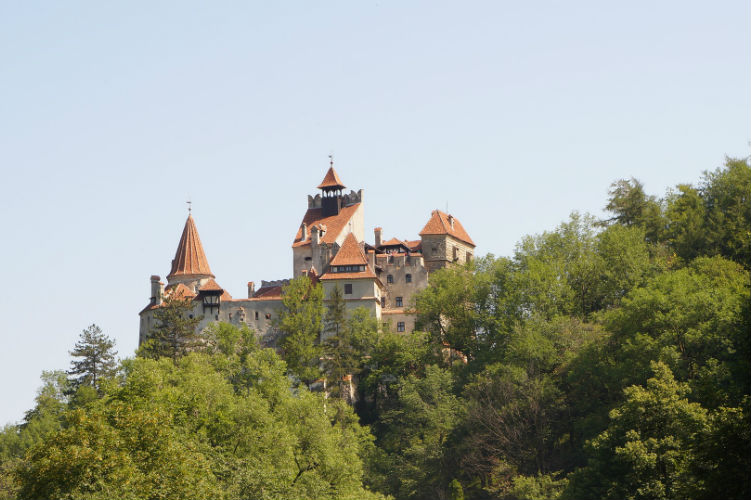 This bastion of imposing towers and turrets is best known for the myth of Bram Stoker’s Dracula. It’s difficult to shrug off the wraith of Bela Lugosi as you explore the narrow winding staircases and secret passages.

A cruise on the Eastern Danube is an excellent option for those who’ve experienced the storied upper reaches of the Danube to expand their horizons eastwards along Europe’s second longest river. It’s also a thought-provoking and poignant voyage for anyone interested in geopolitics and history of this corner of Europe that’s torn down the Iron Curtain.

Gallery image with caption: Follow the Tour de France on a river cruise

Gallery image with caption: From port to port: What to expect on a Dnieper river cruise