River cruise ships are relatively small in size – usually limited to fewer than 200 passengers. The ships have to be designed this way so that they can sail along narrow waterways and under low bridges. Compared to ocean ships, which can carry over thirty times as many passengers on board each ship, river cruise ships don’t have as many facilities on-board.

On river cruise ships, there’s no room for climbing walls, surfing simulators and zip-lines. But that doesn’t mean that your time on board is limited to sitting and watching the world go by. Far from it. Some of today’s modern river cruise ships have some really exciting facilities on board. 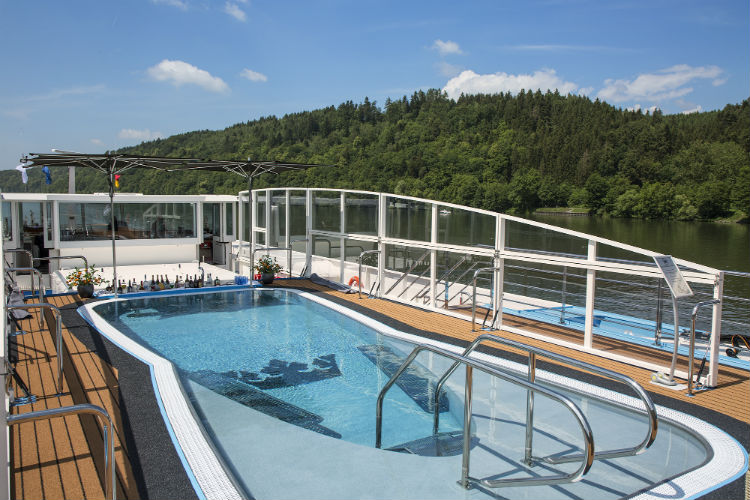 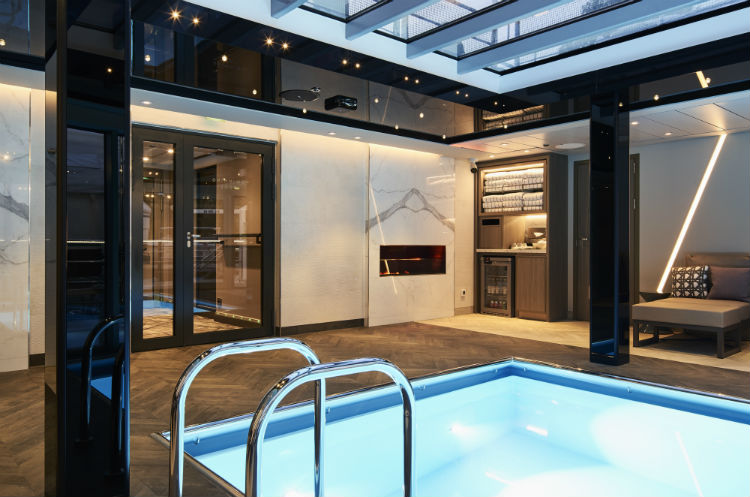 Unfortunately, the weather in Europe isn’t always favourable to relaxing in the pool, which is why some river cruise ships also now feature indoor pools. Emerald Waterways’ Star Ships have retractable roofs – offering the ideal place to cool off on hot summer days as well as to enjoy a few lengths when the weather isn’t so favourable. Luxury cruise line, Crystal River, also offers an indoor pool with panoramic window to watch the passing scenery as you relax.

Emerald Waterways really make the most of the space on board their star ships. In the evenings, the indoor pool can be transformed into a cinema. Rather than covering the pool, the floor of the pool is raised to become part of the deck. Popcorn, comfortable loungers and battery-powered candles are provided to create a wonderfully relaxing ambience.

Many river cruise ships carry bicycles which passengers can use when they are ashore, either to skip the coach and make their own way to the planned excursions or to explore on their own. It’s even possible to cycle alongside the ship and meet it at the next port of call. The pedal bikes you’ll find on-board Emerald Waterways Star Ships also have batteries, so if your legs are getting tired you can simply turn on the electricity and have a rest! They also have sat-nav which is pre-loaded with interesting landmarks to visit. 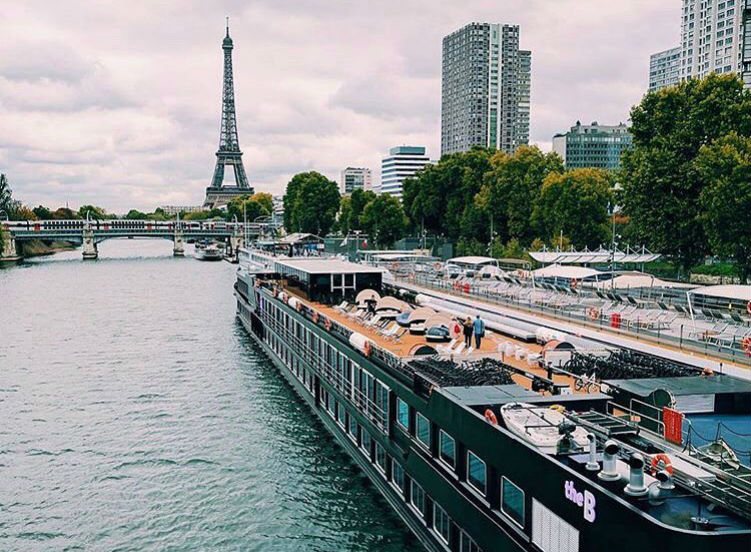 A silent disco involves each person wearing a set of headphones which they can switch to a number of different music channels. This fun activity is popular with youngsters and trendy river cruise line U by Uniworld has been the first to introduce silent discos on its modern ships. 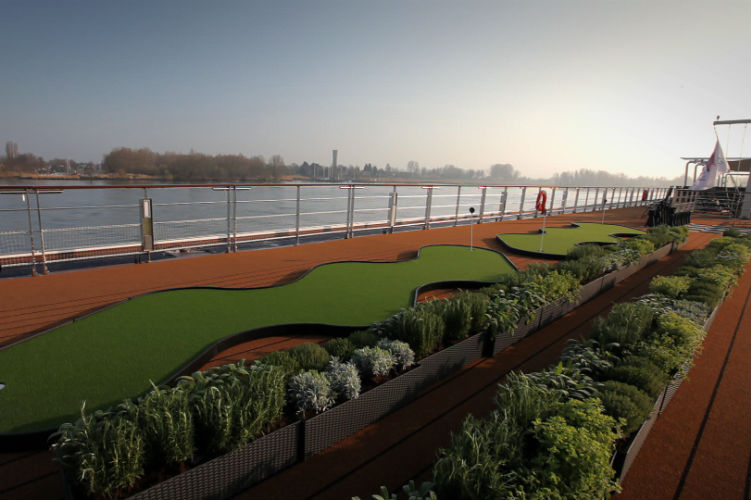 River cruisers sailing with Viking River Cruises may be interested to spot a herb garden on the sun deck. More than just a decoration, the on-board chefs snip cuttings of the organic herbs to complement the dishes they prepare. 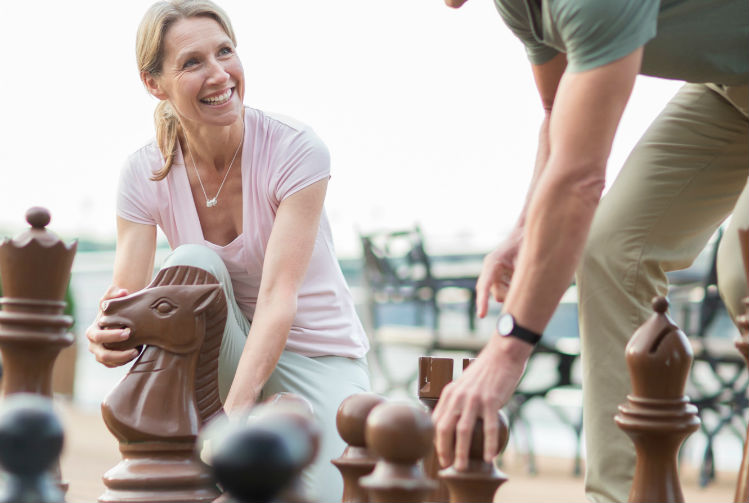 Many river cruise ships feature deck games on the sun deck such as shuffleboard, giant chess and even giant noughts and crosses. It’s a great way to entertain yourselves for an hour in the afternoon.

Mini golf also makes an appearance on several river cruise ships. Whilst you can’t expect to play 18 holes, or even nine, these small putting greens are always popular with golf enthusiasts who can also visit full-size courses on some of the shore excursions on offer. 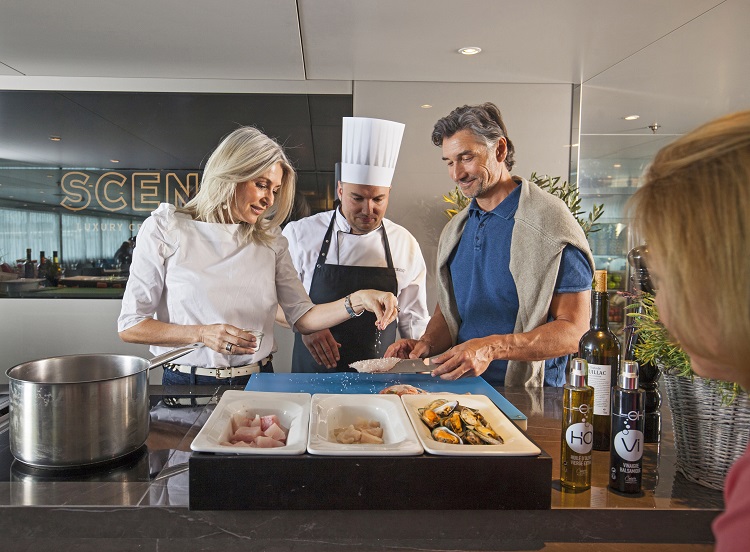 One of the best things to do on-board a river cruise is to enjoy enrichment activities such as lectures with guest speakers, port talks and even cookery classes. At Viking River Cruises’ cookery lessons guests can learn how to make regional specialities such as Austrian apple strudel and Rudesheim coffee. Scenic River Cruises also offers gastronomy cruises where you can experience the chefs’ passion and expertise first hand with cooking lessons.

In conclusion, despite the relatively small size of river cruise ships, you’ll still find some really interesting features on-board. Were you surprised by any of the facilities you’ve found on a river cruise ship? Or what do you think would make a good addition to a cruise ship? Let us know in the comments below.

Gallery image with caption: Spa and fitness facilities on a river cruise

Gallery image with caption: How to celebrate Chinese New Year like a local