One of the longest rivers throughout Europe, after the Volga and the Danube, the Dnieper River stretches an impressive 1,367 miles long from the hills of Russia to the Black Sea.

A Dnieper river cruise mainly travels along the lower reaches from Kiev in Ukraine to Odessa at the mouth of the river, with scenery featuring stunning scenery, lakes and cityscapes.

Where does the Dnieper River go?

The Dnieper River flows through Western Russia, Belarus and Ukraine, twisting and turning numerous times before it reaches the Black Sea.

River cruises along here tend to sail for ten days, beginning in either Odessa or Kiev. Popular ports to call at along the way include: 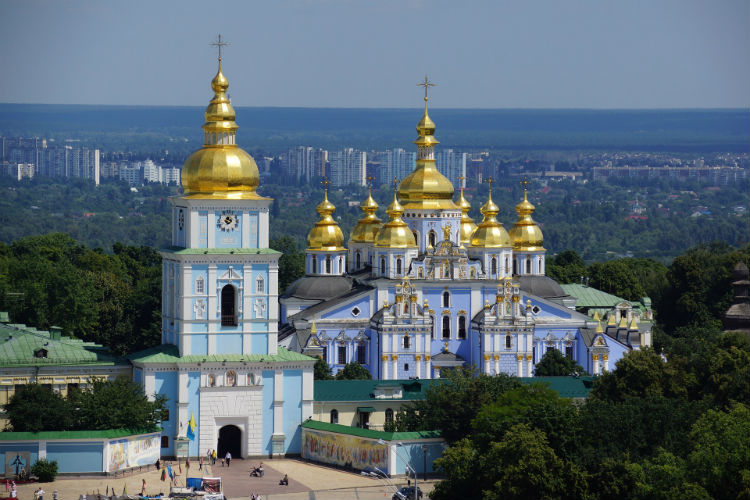 The more popular port to begin your river cruise, Kiev offers an immersive history of Eastern Europe which merges effortlessly with contemporary art, cuisine and nightlife. Kiev’s architecture is bold and brightly coloured, with golden domes glittering along the skyline.

Watch street performers at bustling Independence Square, catch a glimpse of St Sophia’s Cathedral and her ancient Byzantine mosaics, or visit the Golden Gate of Kiev – a replica of an 11th-century structure which stood as the main entrance to the medieval city. 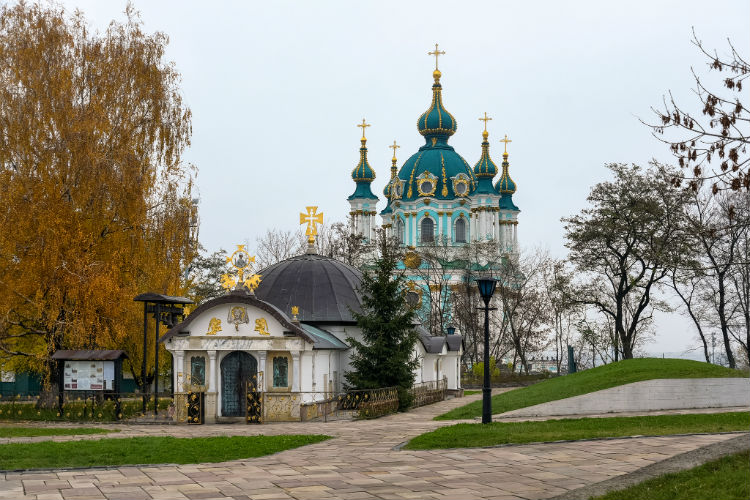 A city within central Ukraine, Kremenchuk is an industrial hot-spot for rail and car manufacturing – with one of the oldest building factories in Eastern Europe.

While here, there are a number of parks to enjoy a quiet stroll through, including the Peace Park for views of the city and monuments dotted throughout. You can also witness the intricate architecture of several religious monuments including Saint Nicholas Church and the Church of the Holy Transfiguration.

Offering stunning river views, leafy-green streets and 19th-century houses, Dnipro is a wonderful port of call along a Dnieper river cruise. Situated in Central Ukraine, the city is a memoir to the Soviet era and Jewish history, with museums, monuments and business complexes calling this place home.

Visit the Menorah Centre, one of the largest Jewish cultural and business hubs in the world with panoramic views of the city and river from the top. Witness more religious structures with the 18th-century Transfiguration Cathedral, a glimmer of yellow and blue shades between the trees.

More southeastern Ukraine, Zaporizhia is featured on both banks of the Dnieper with Khortytsia Island neatly slotted between the two. The city is a former Cossack stronghold, with plenty of nods towards its heritage found in the regional museums.

Khortytsia Island is considered one of the seven wonders of Ukraine and the largest river island in Europe, stretching 12km along the river banks. The island comprises over 1,000 species of plants and insects, 200 species of birds and 24 species of mammals, making it the perfect place to explore during your cruise. 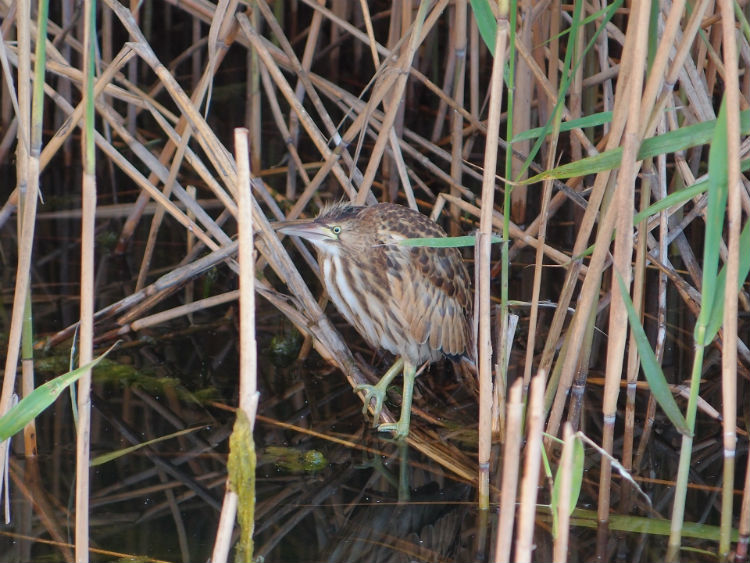 Continuing south, Kherson almost touches the coastline of Ukraine, making it the home of the country’s shipbuilding industry. This region is the ideal place for exploring quaint villages and natural attractions.

Visit the Askania-Nova, one of Europe’s first wildlife reserves, to spot zebras, wild horses, antelope and several species of birds. The Ochakovsky Gate is another attraction, best-known as one of the few remaining features of the 18th-century Kherson Fortress. 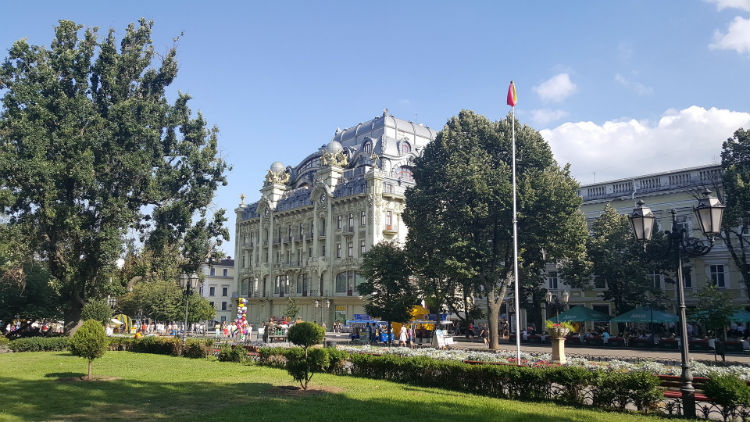 Your final stop on most Dnieper river cruises and port city to Ukraine, Odessa is known for many things: beaches; 19th-century architecture; Potemkin Stairs; and the grand Primorsky Boulevard.

Explore all of this and more on a visit here, starting with café-lined Deribasovskaya Street and City Garden, Odessa Archaeological Museum – featuring prehistoric Black Sea artefacts. The nearby Shevchenko Park is a homage to the Ukrainian poet and the network of tunnels in the Odessa Catacombs offer historic details of WWII resistance fighters.

Which cruise lines sail along the Dnieper?

It’s mainly Viking River Cruises which offer sailings along the Dnieper, with other cruise lines focusing more on central and western European regions. Viking’s cruises mainly begin or end in either Odessa or Kiev, with cruises typically lasting up to ten days.

Viking Sineus is the only ship of the fleet which sails to Ukraine, having been completely refurbished in 2014 and offering the exceptional ambience of a fine hotel. The ship offers 196-passengers the chance to sail along the Dnieper River.

Book your cruise along the Dnieper River 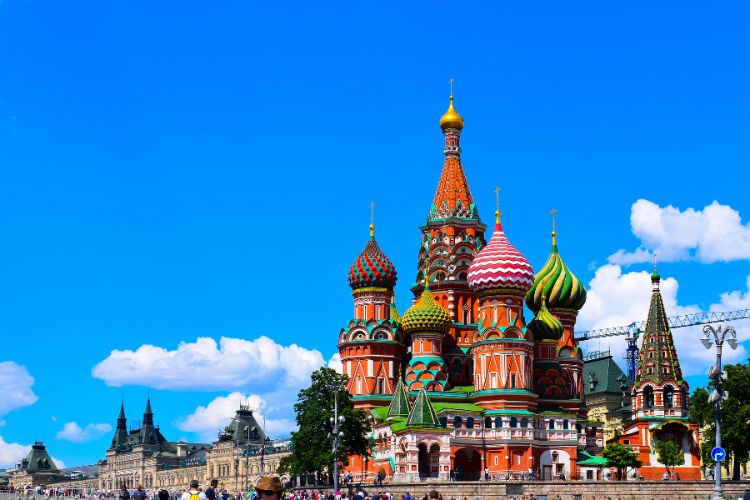 Explore the wonders of Ukraine and its history along the Dnieper, with fascinating landmarks and attractions to visit as you cruise. Browse all of our river cruises along the Dnieper here and find you perfect sailing today.

Call our Cruise Concierge team on 0800 197 0854 for award-winning service and advice on your river cruise along the Dnieper.

Gallery image with caption: An introduction to river cruising: Where can you sail?

Gallery image with caption: These are the world’s spookiest rivers

Gallery image with caption: Which river should I cruise on?