From ancient burial grounds to blood-red banks, there is no shortage of unsettling places to visit when following the natural waterways and rivers of the world. On the eve of Halloween, take a look at this selection of some of the world’s spookiest rivers, and the hair-raising hot-spots you can visit for a perfectly petrifying holiday. 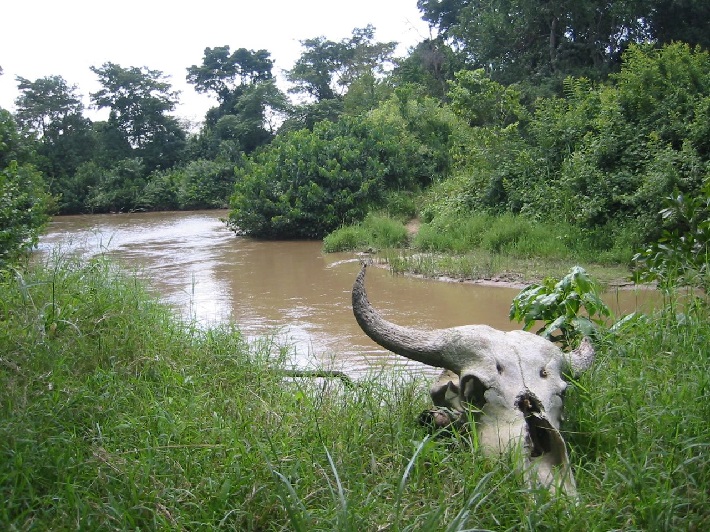 Africa’s Congo River is the deepest river the world, carrying 1.25 million cubic feet of water – equivalent to 13 Olympic swimming pools – into the Atlantic Ocean every second! Along the banks of the river, new fish are evolving as the impenetrable currents divide their habitats: the first place to split animal populations via natural waterways. The river is also home to the goliath tiger fish, a fierce predator with razor-sharp teeth and an appetite for human flesh.

Follow the river and reach the narrow gorges of Portes d’Enfer (Gates of Hell), a 75-mile-long stretch of rapids that are impossible to navigate. With a registered depth of 250m and whirlpools big enough to swallow a boat, the Congo river is not somewhere to travel lightly. 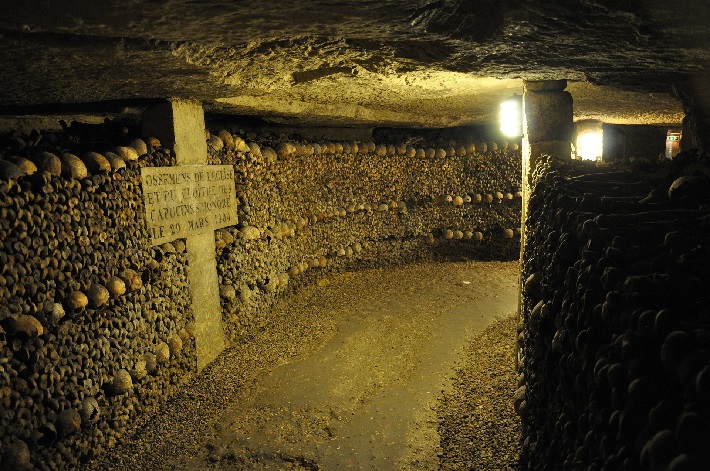 Gently cruising the river Seine through the dazzling lights and landmarks of Paris, it would be hard to believe that beneath this European city lies the remains of 6 million former inhabitants.

Paris’s catacombs are a network of caves, tunnels and quarries lined with the bones of the dead. When Parisian cemeteries became overpopulated in 1774, causing corpses to become unearthed, the Tombe-Issoire quarries were blessed and bones from Les Innocents, the largest cemetery in Paris, were transferred for reburials. Some bones are arranged in intricate patterns and crosses, with visitors welcomed in through a doorway inscribed with the words ‘Arrête, c’est ici l’empire de la mort!’ (Stop, this is the empire of death!). 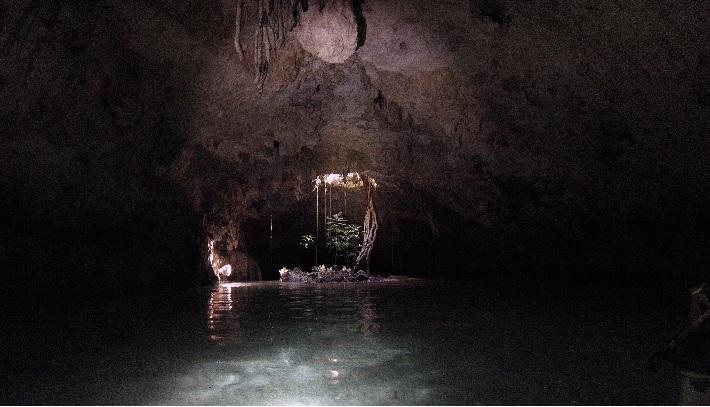 Deep in the limestone caverns of Mexico’s Yucatan Peninsula runs the world’s longest underground river, twisting below the surface for 93 miles. This underground labyrinth was previously used by the Mayan civilisations and is now a main freshwater source for the region.

However, visits to the depths of these caverns has led to the discovery of skeletal remains belonging to animals and humans who may have fallen in or been buried here. Hidden between the sediment of the chambers are a total of 15 skulls – making this an eerie river graveyard. 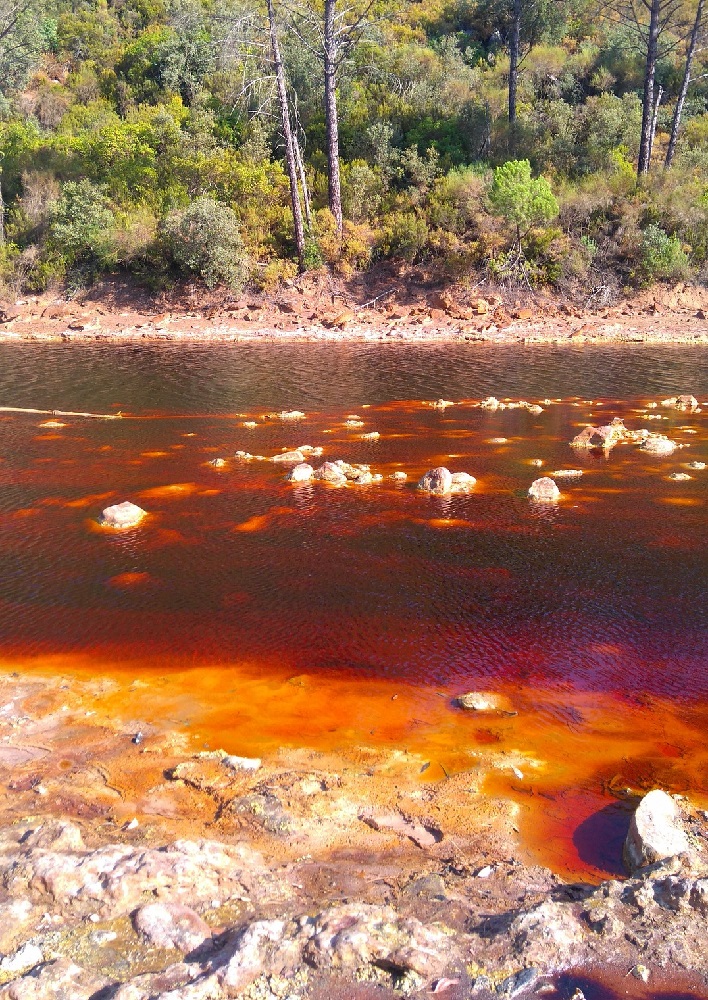 A river running blood-red is something one expects to see in a horror movie, not coursing through southwestern Spain! However, the Rio Tinto is a permanent shade of red due to the centuries of copper, gold, silver and minerals running through the water.

High acidity levels mean that people stay away from the banks, but extremophile aerobic bacteria thrive in the waters. This has led to ground-breaking research by NASA that shows similar conditions would exist on Mars or Jupiter’s moon, Europa. 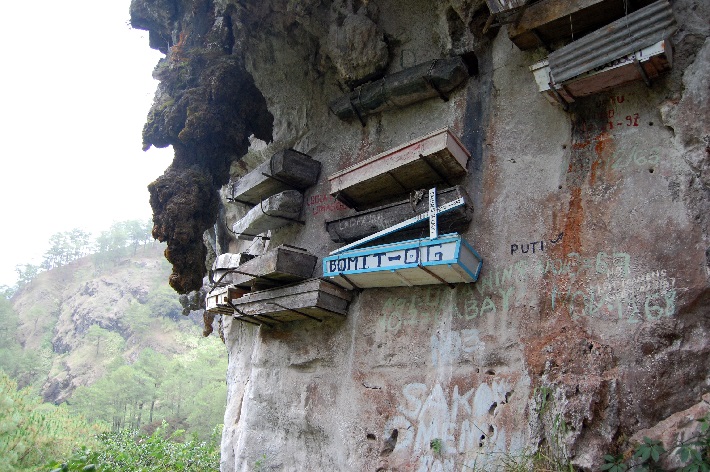 While cruising on the Yangtze river (Asia’s longest), the last thing you would expect to see is a cliff-side cemetery. Dating back to ancient Chinese practices of the Tang or Qing dynasties, these hanging coffins cling to the craggy banks of the Yangtze, with some suspended as high as 130m.

In southwestern China, a cave in Guizhou is the final resting place of around 30 caskets littered with clothes, bones and ceramics, with more than 100 found throughout the whole province. Most of the formations can be found in the remote valleys of the Yangtze, balanced on wooden planks and shrouded in mystery. 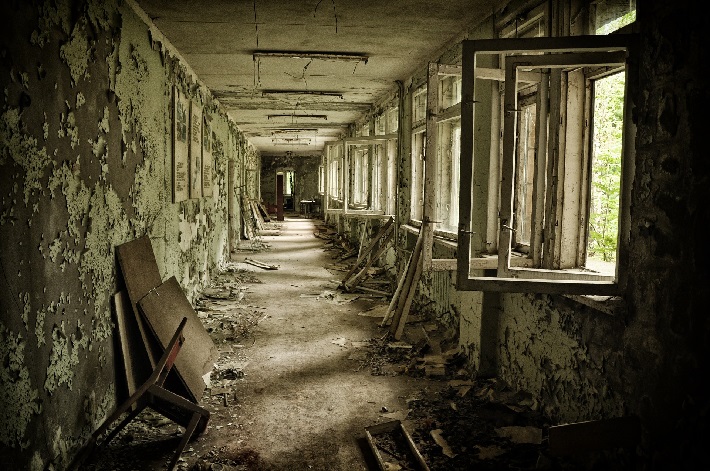 Initially built for the nuclear plant’s workers, Pripyat is now a 1970s ghost town. After 50,000 inhabitants were evacuated within 36 hours of the infamous Chernobyl incident, the region is an unnerving sight of abandoned nurseries, broken windows and peeling paint.

Ukraine’s Pripyat river runs through the town, joining the Dnieper river basin later, with many attempts having been made to contain the radioactive contamination within the cooling pond. It is expected that the town will remain unfit for human habitation for at least 24,000 years; slowly decaying after the world’s worst nuclear disaster. 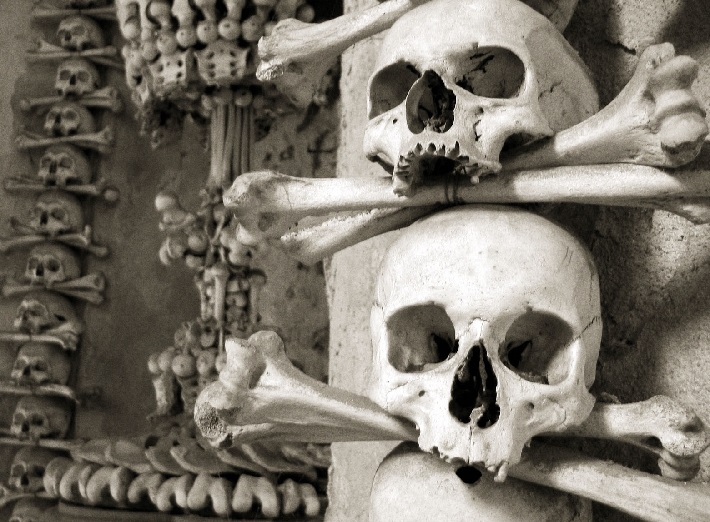 Sedlec Ossuary, or Church of Bones, is the ancient burial ground of more than 40,000 people. After the Abbot of the Sedlec Monastery scattered holy soil across the cemetery, it became a much-desired resting place for people all over Bohemia and the surrounding countries. A Gothic church was built nearby, and the basement was used as an ossuary to store bones.

When the cemetery began struggling with the sheer volume of the dead, a local woodcarver, František Rint, was commissioned to arrange thousands of bones throughout the building. As a result, Rint bleached all the bones and fashioned candelabras, pyramids, monstrances and the family crest of Schwarzenberg (as well as many other masterpieces including an immense chandelier), that incorporate at least one of every bone from the human skeleton.

With Halloween celebrations in full swing and many more destinations sporting spooky sights, we want to hear all about your visits to these eerie waterways or others like them. Tell us a scary story in the comment box below!

Gallery image with caption: When is the best time to book your river cruise?