The second largest city in Bavaria, Nuremberg can be experienced by booking any river cruise itinerary which explores the Rhine-Main-Danube Canal. As well as cruises dedicated solely to the canal, some longer cruises exploring a number of Europe’s rivers include it as part of their itinerary and on most of these, Nuremberg is a popular port of call. Though the city is most famously associated with the role it played during the Second World War and throughout the Nazi era, its history dates back to the 11th century, from when it continued to grow and develop as a centre of commerce due to its convenient proximity to a number of European trade routes. Though there are a number of attractions and places of interest in the city which bear witness to its darkest time, there are also plenty of opportunities to delve deeper into its history by exploring a wealth of beautiful buildings and attractions.

Reichsparteigelande, or the Nazi Party Rally Grounds, is an enduring attraction, not only because visitors can see for themselves the place where the infamous Nazi rallies were held (Zeppelin Field) and many original buildings, but also because the grounds today house an in-depth museum which explores Nazi history and the city’s key role in it. After visiting the grounds, a trip to the Nuremberg Palace of Justice, or Justicepalast, is the perfect companion trip to an exploration of this harrowing period of the city’s history, as it is where the Nazis were tried and finally brought to justice after the Second World War ended.

A satisfying way to step further back into Nuremberg’s history is by visiting a trio of its most celebrated churches. Frauenkirche, or the Church of Our Lady is famous for its mechanical clock, which comes to life at high noon and is located in the market square where the famous Easter and Christmas markets are held. Another key faith building and over 700 years old, St Sebaldus Church suffered heavily from the ravages of the Second World War but was restored in 1960 and it’s worth visiting to see how dedicated the people of the city were to rebuild it. Also restored after the Second World War, St Lorenz Church is a late medieval house of worship located in Nuremberg’s old town. Famous for being home to celebrated sculptor Veit Stoss’s Annunciation, it is a beautiful Lutheran church and boasts some breathtaking architecture and arresting artworks.

Other key sites in the city include the Albrecht Durer House, which was the home of one of Germany’s most famous artistic sons up until his death in 1528 and today houses many faithful reproductions of his most celebrated works. For some great views of the city, be sure to visit Nuremberg Castle, while two very different but equally rewarding museums are the Germanisches National Museum, which delves deeply into the city’s medieval past and the Nuremberg Toy Museum, which explores a lighter but nevertheless important part of the city’s history.

Nuremberg’s famous for its gingerbread so if you’re a fan of the delicacy or know someone who is, it’s the perfect place to pick some up. It’s also a great place to sample German beer as the region which surrounds it is home to numerous breweries.

Jewels of Europe - Amsterdam to Budapest

Gems of the Danube with Pragu - Prague to Budapest 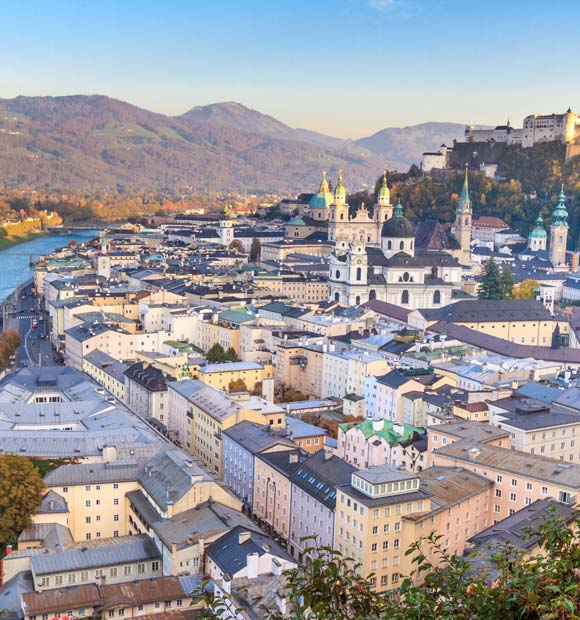 Gems of the Danube - Budapest to Munich

Magic of Advent on the Rhine-Vienna-?Nuremberg