Uniworld has announced the latest addition to its fleet, S.S Beatrice, ready to set sail in Spring 2018. The ship is the re-emerged River Beatrice, which has been renovated from bow-to-stern to debut a more contemporary and sleek style for river cruisers.

This announcement takes Uniworld’s fleet of Super Ships to five, following the launch of the luxurious S.S Joie de Vivre, which was unveiled by Dame Joan Collins in May.

The ship has undergone extensive works by Uniworld’s sister brand and design team, Red Carnation Hotels, with additions including a newly designed bow and lounge, an elegant grand staircase and a redesign of all public rooms and suites to make this a whole new on-board experience.

There are numerous additional dining venues, including a private space to replace the Captain’s Lounge and Library. The ship will also boast two new Royal Suites, measuring 325 square feet, and an additional Owner’s Suite.

Uniworld has also announced that it will be add several interconnecting rooms; ideal for families travelling together.

Other renovations include a full refreshment of the twelve current suites which feature on-board River Beatrice, making this a returning favourite for future cruisers. 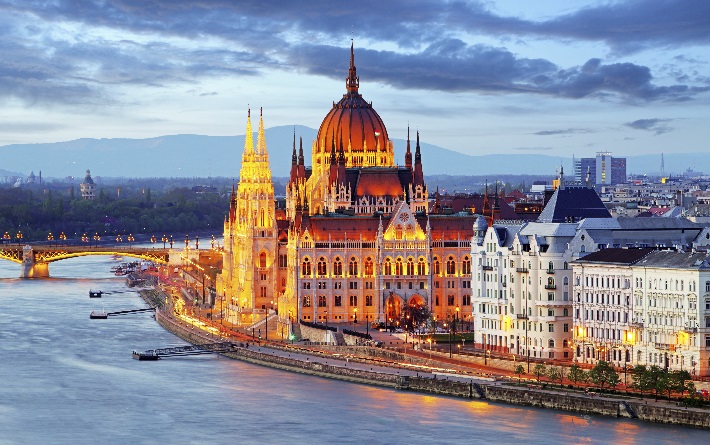 S.S. Beatrice will voyage along the Danube to visit spectacular destinations including Prague and beautiful Budapest, as well as Serbia, Croatia and Romania on-board the ‘Highlights of Eastern Europe’ cruise.

Follow the paths forged by crusaders along the Danube, visiting hot-spots such as Hungary and Bulgaria, as well as everywhere in between, as you discover the best Eastern Europe has to offer.

Find out more about her luxury destinations by visiting the Uniworld website, here.

S.S. Beatrice will set sail on her maiden voyage on 4th April 2018, which coincides with the official launch of U by Uniworld – the company’s new brand aimed at river cruising for 21 – 45-year olds.

“We are thrilled to re-launch S.S. Beatrice as our first vessel to be upgraded to a Super Ship. Uniworld is committed to providing the utmost in luxury and following the successful launch of S.S. Joie de Vivre earlier this year, we are eager to introduce yet another remarkable Super Ship to Europe’s waterways.”

The ship will be joining the Super Ships S.S Antoinette, S.S. Maria Theresa, S.S. Catherine and S.S. Joie de Vivre, and with so much anticipation in the air, now is a prime time to book a Uniworld cruise to experience these Super Ships and their equally super itineraries.

Emma Smith
Emma has more than six years' experience as a writer and has been in the travel industry for over two years. She loves learning of new places and cruise ships coming to market, as well as discovering fun and exciting activities to do while you sail. She has cruised with Royal Caribbean and is looking to get something in diary for 2021! Her favourite things to see on a ship include excellent entertainment, a delicious cocktail menu and extraordinary dining venues.
Previous StoryCruising with Jane McDonald returns to our screens
Next StoryWorld Travel Holdings wins two awards at CLIA Cruise Excellence Awards 2017