Litomerice lies at the meeting point of the Elbe and Ohře Rivers in the northern Czech Republic, 50 miles south of Dresden and 40 miles northwest of Prague. One of the oldest cities in the Czech Republic, it sits against a backdrop of vast green countryside and mountain ranges that makes it easy on the eye both inside and out. The city’s winding period streets are closely packed with buildings painted in vivid pastel colours; a mixed bag of architectural styles from the Renaissance, the Gothic and the Baroque. The fertile lowlands surrounding Litomerice are fittingly known as the Garden of Bohemia, an area of the north-western Ústí nad Labem region known for its mild weather, ideal for local farms and vineyards. With origins which lie in the 10th century, the city was founded on the site of a medieval Slavic fort and would later become a major trading hub of the Holy Roman Empire.

Most of the city’s historical monuments can be found in its centre, which is surrounded by well-preserved Gothic fortifications. Among Litomerice’s key attractions are numerous churches, ancient cellars and the Northern Bohemia Gallery of Creative Arts, which boasts collections ranging from contemporary art to works from as far back as the 13th century.

Understandable given its age, the city has plenty of small side streets to explore, with no shortage of small shops and bakeries. Most eateries lie on the Main Square and serve renowned wine from neighbouring Velké ernoseky by the banks of the Elbe. Other attractions include the beautiful black and white House of the Black Eagle, a perfect example of 16th-century High Renaissance design by Italian architect Ambrosio Balli. The prestigious building was originally used by the monarchy and has since become a hotel, restaurant and exhibition hall.

Litomerice’s best-known landmarks are St Stephen’s Cathedral, with its spiked white clock tower crowned in dark stone; and the neighbouring bishop’s residence, a palatial building painted in candy-stripe white and pink. The town walls offer great views of the city and also feature a statue of Karel Hynek Mácha, a beloved Czech poet famous for the poem Maj or May, which is  a tribute to the wonder of spring. Mácha was buried in the city in 1836, aged just 25.

For a taste of authentic Czech cuisine (and beer) the Original Budvarka Beerhouse is always a popluar choice in the city. It's a former brewery now with a foot in both cuisine and what it was formerly most famous for. 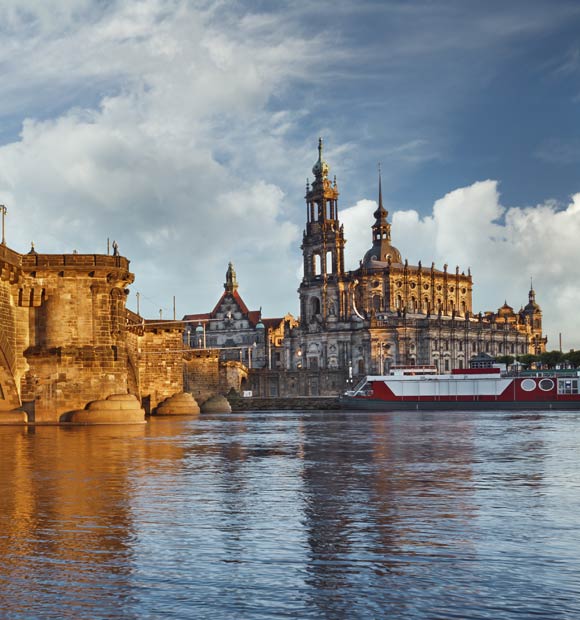 Prague, Dresden And The Castles Of Bohemia