Luxembourg City, capital of the country of the same name, sits above the Alzette and Petrusse rivers, with the city itself acting as the confluence point. However in terms of river cruises, the city is sometimes used more as a land destination as part of an itinerary focusing on the Rhine or another major European river. Luxembourg is a naturally-attractive destination, boasting some truly impressive valleys, while the city itself offers a number of interesting landmarks and sights. Situated between France, Belgium and Germany, it displays influences from all these countries in both its cuisine and cultures, along with an intertwined history which is fascinating to explore.

One of the most interesting and poignant attractions is the World War II Luxembourg American Cemetery and Memorial, a monument and grave for over 5,000 of America's fallen, many of whom died during the famed Battle of the Bulge. It is also where the renowned General George Patton rests, making it a both a place of pilgrimage for American citizens who lost family members in the war and also for visitors from all over the world who wish to pay their respects to the fallen.

There are other monuments dedicated to the history of the Second World War to be discovered on a walk through its streets but the city certainly is much more than simply a relic of this time. The Casemates Bock, a UNESCO World Heritage Site, is a network of underground military fortifications that makes for fascinating viewing, while the Neumunster Abbey is a particularly striking feat of architecture and another popular attraction, with another faith-based structure of note being the Gothic Notre Dame Cathedral. The Palace of the Grand Dukes is as striking as its name would suggest, dating back to the 16th century and built in the Italian Renaissance style, it’s still occupied and is the city residence of the Grand Ducal family.

Even more historic structures of note can be found close to the city itself including the landmark viaduct, which is striking because the area in which it passes through is so beautiful and the Citadel of the Holy Spirit, which dominates the city skyline and offers a wealth of atmospheric history to explore. Indeed, the city itself offers many beautiful views, with the valleys creating different levels which offer visitors clear line-of-sight over long distances from certain locations in the city.  To immerse yourself further and indeed more completely in the past, be sure to visit the National Museum of Art and History, which boasts a range of exhibits from classical to modern times. As well as works of art, there are archaeological finds, historic weaponry and exhibits which tell the tale of Luxembourg’s cultural history.

If you want to stop and pick up some souvenirs during your visit to the city, or perhaps enjoy a snack or a drink, the currency of Luxembourg is the Euro, so you’ll have no trouble getting hold of some spending money. 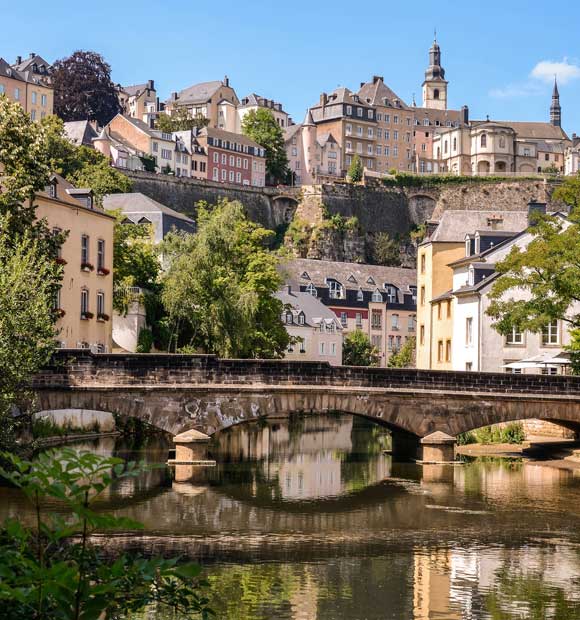 Save up to £1,200 per couple PLUS FREE flights from London Heathrow or Gatwick and FREE overseas transfers* on selected sailings. Regional supplements from just £75pp.

Vineyards of the Rhine & Moselle from Amsterdam

12 sailing dates March 2023 to October 2024
7 Nights From Amsterdam, to Luxembourg
VIEW THIS CRUISE 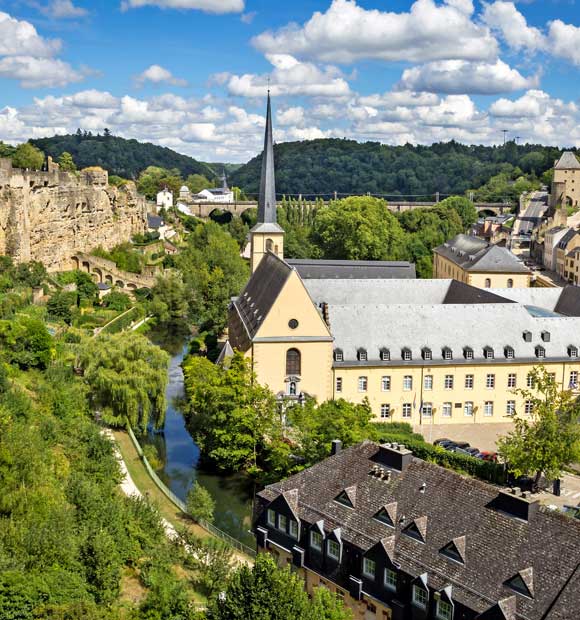 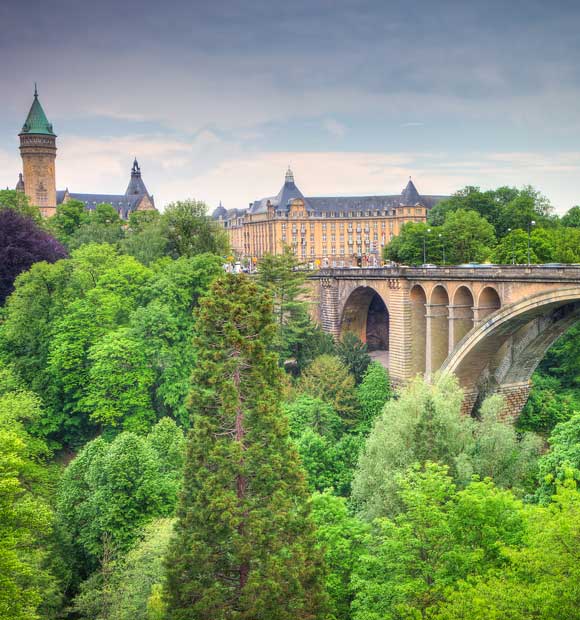