Venice is, of course, a legendary tourist destination and hugely popular port for millions of cruise ship visitors each year. It is, however, also possible to experience the city for yourself on a river cruise which explores Italy’s Po River. Understandably considering the city’s huge cultural and historic significance, Po itineraries are usually round-trips to and from the city, with connections easily available thanks to the extensive water taxi network which operates all across the city’s expansive lagoon. The City on the Water is the perfect place for a river cruise and boasts a wealth of attractions, which you’ll have more time to experience if you enjoy an overnight stay before you join your river cruise ship.

A gondola ride is an experience that will forever be synonymous with this unique city and it's only fitting that before you set sail you get a taste of the water. Of course, numerous vaporetto or water buses operate to take you to different points across the city, but there really is nothing like a gondola ride to soak up both the atmosphere and famous sights, especially if your ride includes a section on the city’s iconic and bustling Grand Canal.

As far as exploring on foot goes, the place to head first is the expansive St Mark’s Square. Famously referred to as “the drawing room of Europe” by Napoleon, you won’t fail to be awed by its sheer size, but it’s also where the biggest concentration of the city’s iconic tourist sites can be found. The square is named after its equally famous basilica, St Mark’s which, as you would imagine, plays host to some truly incredible architecture both inside and out. You’ll also find numerous displays featuring a wealth of treasures and artefacts as well as some stunning mosaics and tile work.

Adjacent to the basilica in the square is another of the city’s must-see buildings, the incredible Gothic wonder that is the Doge’s Palace. This is the place where past Doges, or rulers of the Venice Republic in both medieval and Renaissance times resided and today functions as a museum which offers a fascinating look at this opulent period in the city’s history. Inside, you’ll find a wealth of successively grander rooms and chambers, boasting incredible architecture and artwork on both the walls and the ceiling. The Palace is also the way in which you can experience one of the city’s other most celebrated sites, the Bridge of Sighs. This small unassuming covered bridge links the opulent palace to the dark cells where the condemned would be sent and the small square windows allowed prisoners a last look at Venice, after which they would 'sigh' and await their fate.

Also on the square is the ever-popular Campanile, a tower which offers the ultimate view of the city and the Torre dell’Orolgio which is an ornate clock which dates back to the 14th century. Elsewhere in the city, the Rialto Bridge is another iconic landmark and though the city naturally has many bridges, you won’t fail to miss this one, as it boasts both ornate architecture and a wealth of shops and stalls.

Gondola rides can prove expensive if booked directly on the Grand Canal, so find one a little off the beaten track – it’ll still take you along many of the most famous canals. Understandably, St Mark’s Square gets extremely busy so get there early if possible to avoid the crowds. It's important to note too that you'll pay a premium price for a cafe seat on the square, so if you want to sample an Italian coffee without the price tag, look for one away from St Mark's. 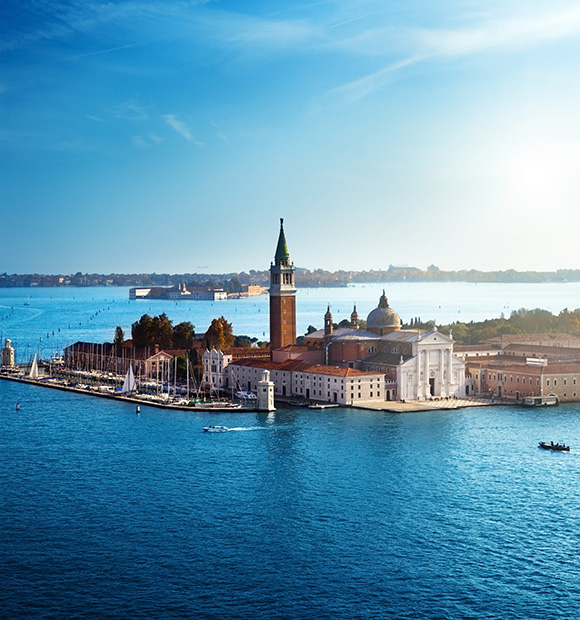