The Rhine-Main-Danube canal is a 106-mile-long waterway connecting three major rivers of Europe and allowing free flow of traffic between the North Sea and the Black Sea. Beginning in the German town of Bamberg on the Main river, the canal travels to Kelheim in Bavaria, where it meets the Danube river.

The history of the waterway 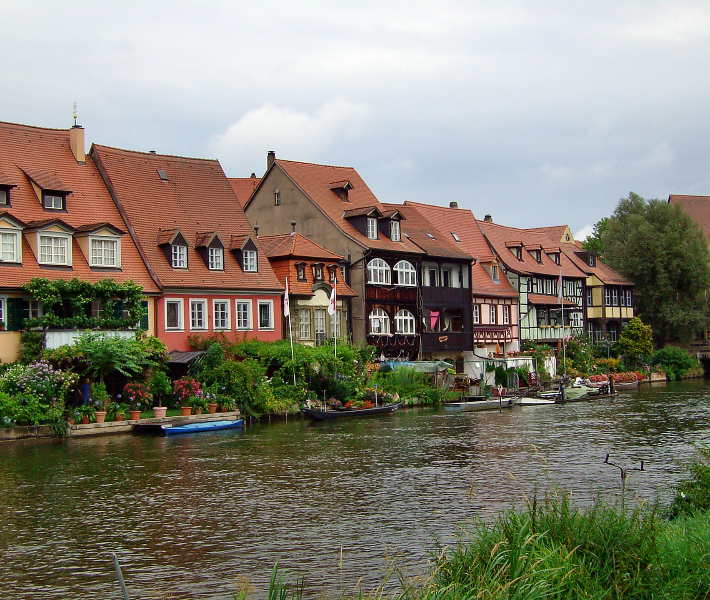 The waterway was initially conceived by Charlemagne, Charles I, in 793, who wished to open a new route for his battle fleet. Following heavy rainfall, the original channel collapsed, and the project was abandoned. Ludwig I of Bavaria reimagined the waterway in 1837 when he worked on a canal which followed much the same route as the canal we see today. This was utilised until World War II but underwent extensive damage and was abandoned once more.

In 1921, the German government and state of Bavaria formed a company to build a much larger Rhine-Main-Danube canal, enlarging the locks and installing several hydroelectric power stations. These constructions took place between 1960 and 1992, with a total of 16 locks dotted along the river banks to deal with the extreme height differences between the rivers.

Now when sailing along the waterway, you will experience a transition of nearly 1,400 feet across 100 miles. Reach the banks of some of Germany and Hungary’s best-loved towns and cities, from Nuremberg and Bamberg to Vienna in Austria and Budapest. 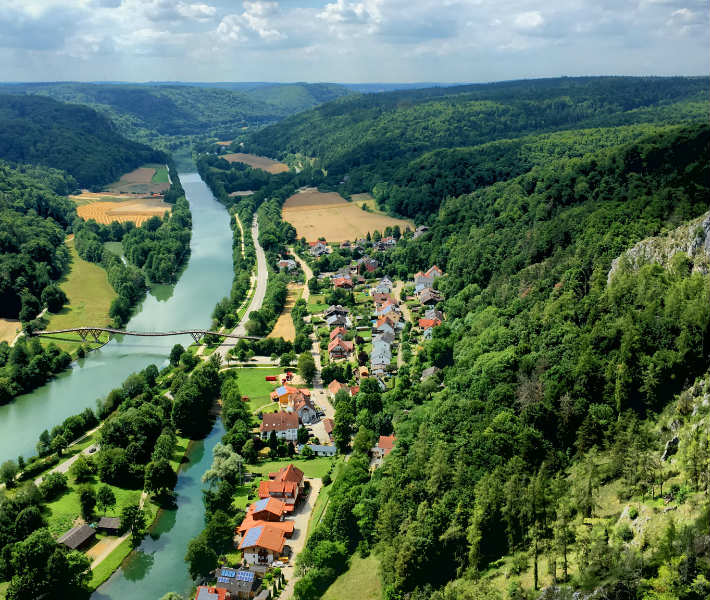 Some of the best ports on Rhine, Main and Danube river cruises can be visited along this picturesque canal.

Beginning in the UNESCO World Heritage Site of Bamberg’s Altstadt, this German town is the perfect place to begin your crossing of the Rhine-Main-Danube canal. The beer is deliciously smoky and the medieval streets of Bamberg are narrow, oozing charisma and charm and ranking as one of Germany’s most attractive towns.

Travel onward to Fürth, where you can admire the city centre architecture or explore the municipal museum, which boasts a history stretching back over 1,000 years. Head through the Valley of Regnitz and you will reach the town of Roth as you pass by the Frankish Alb mountains, also known as the Franconian Jura or Fränkische Alb.

Before the canal joins the Danube, explore the small Bavarian town of Dietfurt, a characteristic town that comes alive with the celebrations of carnival during Lent.

Uses in the modern age 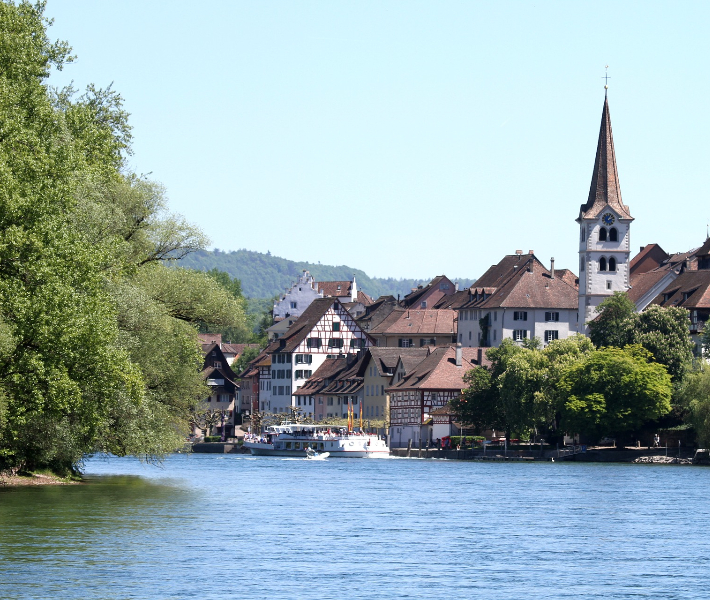 It is believed that the canal has impacted the ecosystems throughout the River Rhine and Danube, with the waterway transporting species of fish, clams, shrimp and crabs between countries. In more recent years, the highest level of goods transported was in food and feed, reaching 1.6 million tons, followed by goods in agriculture and forestry, then ores and metal scrap.

Freight volume by country in 2010 was largely dominated by Germany, the Netherlands and Belgium, who together contributed 87 per cent of all goods transported between them.

The network of waterways offers an enchanting experience for cruisers as they journey between several countries at once, enjoying the fairytale scenery of Germany and Bavaria before sailing through the captivating culture and cuisines of Hungary and Austria.

Have you travelled along this historic canal? Which destination would you most like to visit along the way? Let us know in the comment section below!