Europe’s second longest river (after the Volga in Russia), the Danube has for centuries served as an essential lifeline for transport and trade. The waterway has halted armies, divided countries and inspired poems and waltzes, not least the famous Blue Danube. Composer Johann Strauss may have been something of a fantasist, as the river is more of a murky grey with a mere hint of blue on a sunny day! But, nonetheless, the Danube, along with the Rhine, is a top choice in Europe for river cruising.

The perfect introduction to river cruising 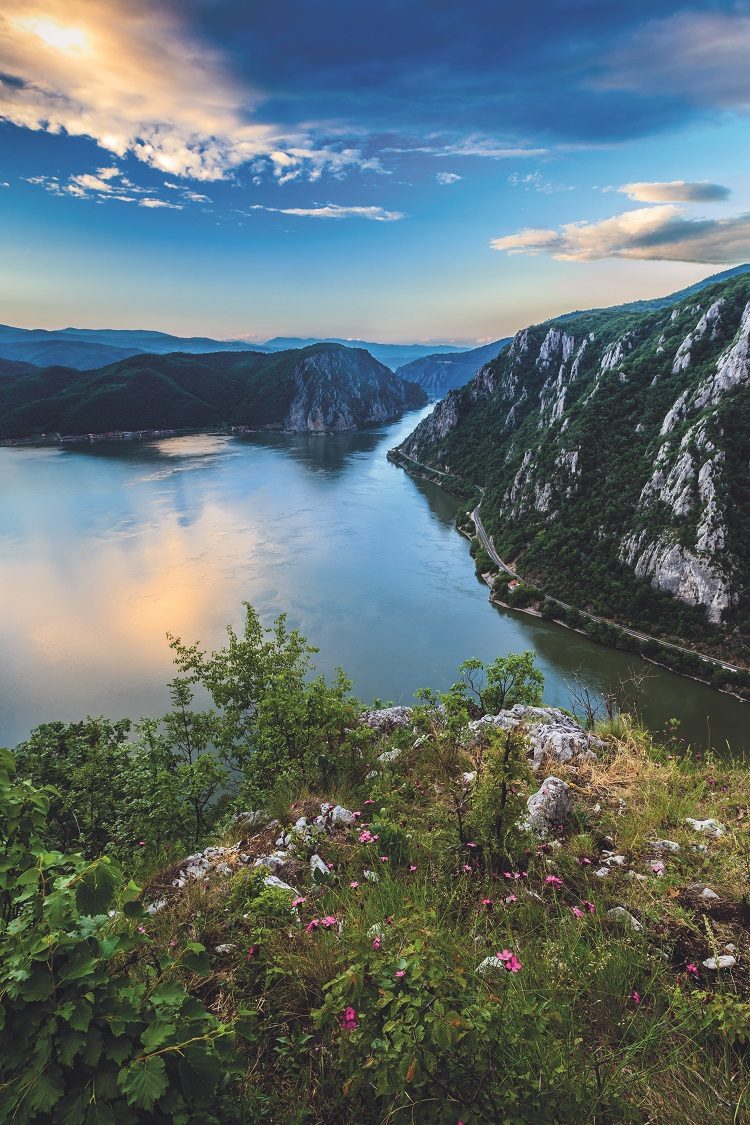 If you are a first time river cruiser, this is the perfect place to start. Why? Because there are so many big-hitting sights, not to mention an incredible range of scenery: from the vineyard-clad ranges of Lower Austria to the plains on the edge of the Hungarian steppes.

On the most popular stretch of the river, as it flows east through Austria to Hungary, you will visit three capital cities – Vienna, Bratislava and Budapest – in the space of a week, usually with overnights in both Vienna and Budapest. See a Danube cruise as a way of stringing together three city breaks in extreme comfort, with no packing or unpacking in between. 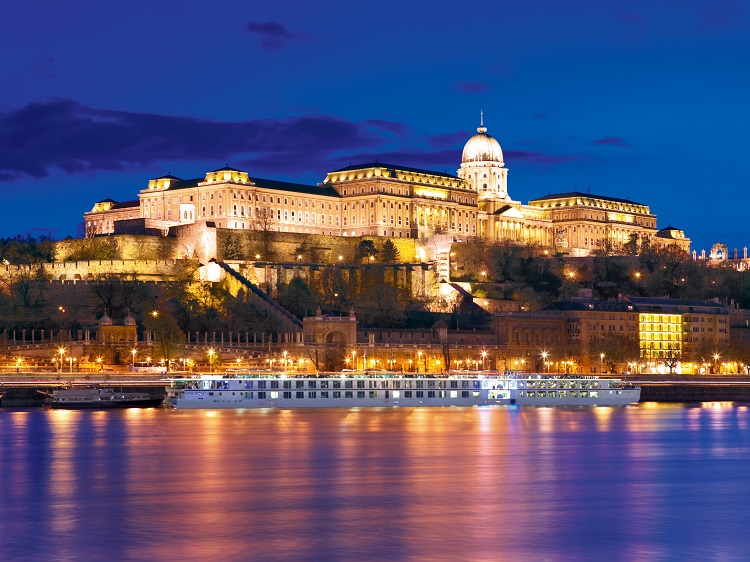 The Danube is magical at any time of year, from the soft greens of the countryside in springtime to the height of summer, when Viennese locals sit in parks and bars sipping Aperol Spritz and the residents of Budapest cool off at riverside beaches. In autumn, the scarlet and burnt orange shades of the trees in Austria’s Wachau Valley rival those of New England. In December, when there is snow on the ground, tantalising aromas of cinnamon and sizzling sausages from the Christmas markets waft through the air in each of the cities, and a week on the river can be a perfect opportunity to get into the festive spirit.

Being so popular, the Danube offers more choice of ships and serves a greater range of budgets than any other river, from high-end lines like Uniworld and Crystal to more affordable options like Riviera Travel. Cruises range from a week, from Passau in Germany to Budapest or in reverse, but there are much longer options thanks to the Main-Rhine-Danube Canal, which makes it possible for ships to navigate from Amsterdam, down the Rhine, across the canal and into the Danube, all the way to its delta on the Black Sea. 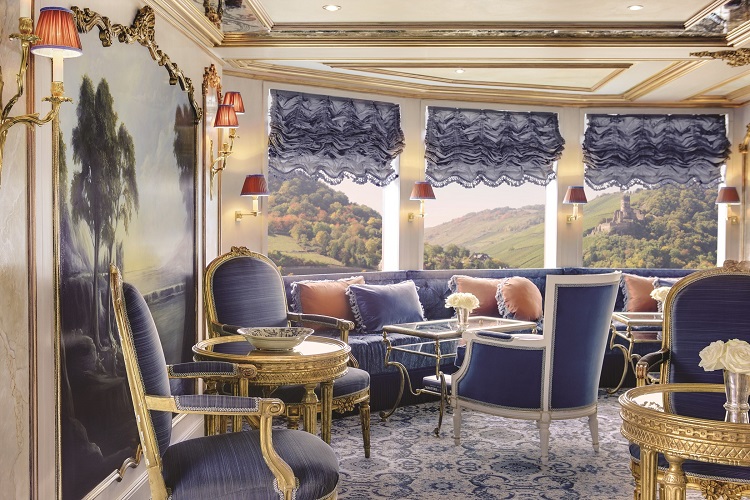 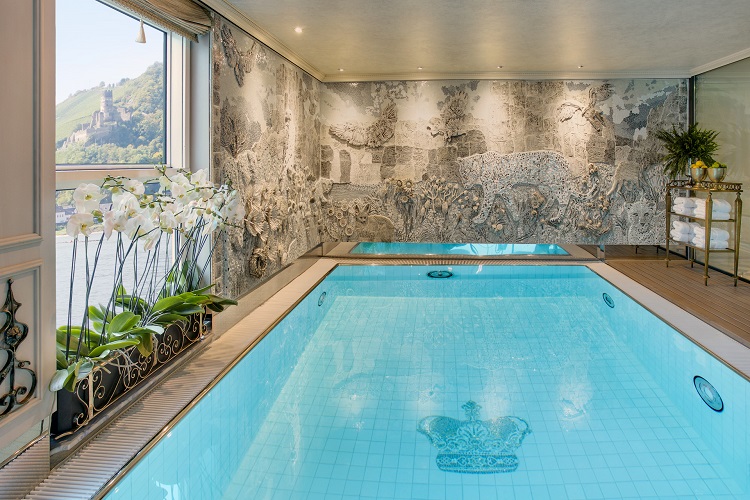 There is a real variety of cruise ships on offer. At the very top end is Crystal Mozart, unusual in that it is double the width of a normal European river cruiser, which limits it to the wider locks between Passau in Germany and Budapest but allows space for more facilities like a choice of restaurants, lavishly appointed cabins and elegant lounges. AmaWaterways is building a wide ship, too, to sail the same stretch of the river. AmaMagna will launch in 2019 and feature an al fresco glass-enclosed restaurant, a large pool and spa and a water sports platform for launching zodiacs and canoes.

Then there is Uniworld’s lavishly beautiful SS Maria Theresa, with ornate Baroque décor, or Riviera Travel’s new, boutique-style MS Robert Burns. Viking operates several of its cool, Scandi-themed Longships on the Danube, and you will find other lines like Scenic, Emerald Waterways and Avalon, too.

Where to cruise on the Danube 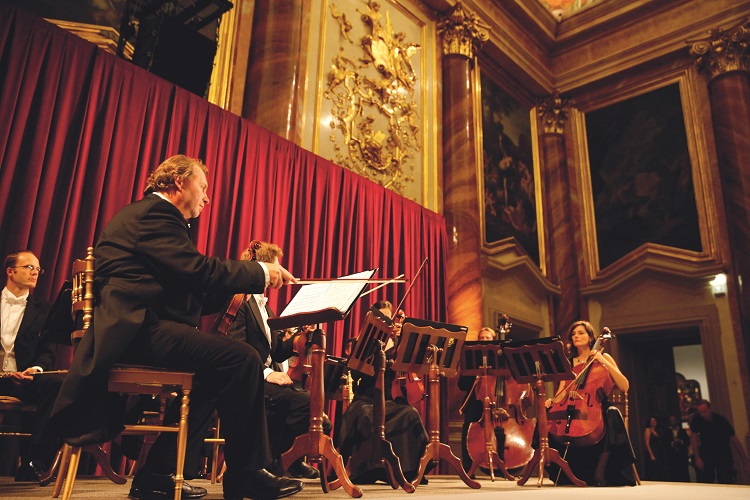 A Scenic ‘Enrich’ event at Palais Liechtenstein in Austria

Week-long cruises typically begin at Passau, a beautiful old German city boasting the distinctive feature of Europe’s largest pipe organ, in St Stephan’s Cathedral. Further downriver, at Linz, there is a chance to venture into the green and hilly Austrian Lake District and visit the magnificent old town of Salzburg, birthplace of Mozart and setting for The Sound of Music.

The Wachau Valley, the wine-growing district of Lower Austria, is one of the Danube’s most beautiful stretches. Vineyards line the banks, riverside villages are guarded by ruined castles and, at Melk, a majestic, ochre-coloured Benedictine Abbey perches on a wooded hillside.

Close by, the riverside village of Dürnstein is one of the most picturesque in the area. The craggy remains of a castle in which Richard the Lionheart was imprisoned in the 12th Century gaze down on a pretty hamlet dominated by a blue church tower, perched on the riverbank and shaped like a giant pepperpot. 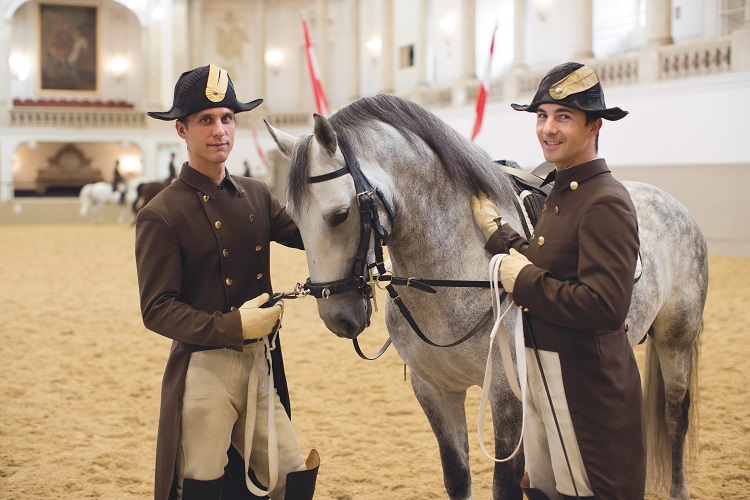 Although Vienna is the home of Strauss waltzes, grand coffee houses, world-class opera, dancing Lipizzaner horses and some of the world’s finest Baroque palaces, the Austrian capital also has a young, edgy vibe. You will also find some beautiful parks and gardens; join a tour for orientation but do take time out to soak up the atmosphere of the historic centre.

Bratislava, the capital of Slovakia, is dominated by a squat, 16th Century castle, the leafy squares and backstreets below lined with stunning Baroque palaces. If you are on a ship that carries bicycles (AmaWaterways, for example, or Uniworld), there are some easy riverside trails to try.

Budapest, meanwhile, is one of Europe’s most beautifully situated capitals, as the Danube flows right through the centre, dividing Buda from Pest. At night, the eight bridges are festooned with fairy lights, floodlights illuminate the old ramparts of Buda, and most ships will set sail for a scenic cruise during dinner. Evenings don’t come more romantic than this. 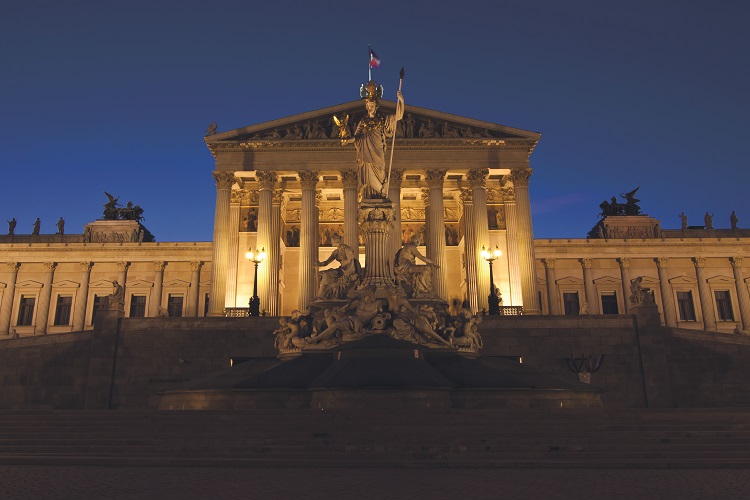 Vienna to Budapest Danube itineraries are some of the most picturesque and enchanting river cruise routes in the world.

Would you like to experience the magical palaces, stunning landscapes and unforgettable ships for yourself? Call our Cruise Concierge team on 0800 197 0854 to book your perfect Danube voyage.

Find out what you can eat on the Danube
Share this:
(Visited 222 times, 1 visits today)

Sue Bryant is an award-winning writer and cruise editor of The Sunday Times, also contributing to magazines, guidebooks and websites worldwide. She blogs about her great loves, small ship travel, river cruising and expedition voyages at www.small-ship-cruising.com. In 2016, Sue was awarded the coveted ‘Contribution to Cruise Journalism’ award by CLIA for her coverage of the industry.