The 2019 Tour de France starts in Brussels on 6 July, covering miles of Belgian and French regions over 22 days before ending in Paris at the Champs-Élysées.

The race has been held consecutively each year since 1903, stopping only for the two World Wars. Though the race always features the same passage through the Pyrenees and the Alps as well as the finish on the Champs-Élysées, the route changes each year.

This year, the route follows the path of many of our favourite rivers, offering up the opportunity to set sail on a river cruise and witness the sporting event for yourself. 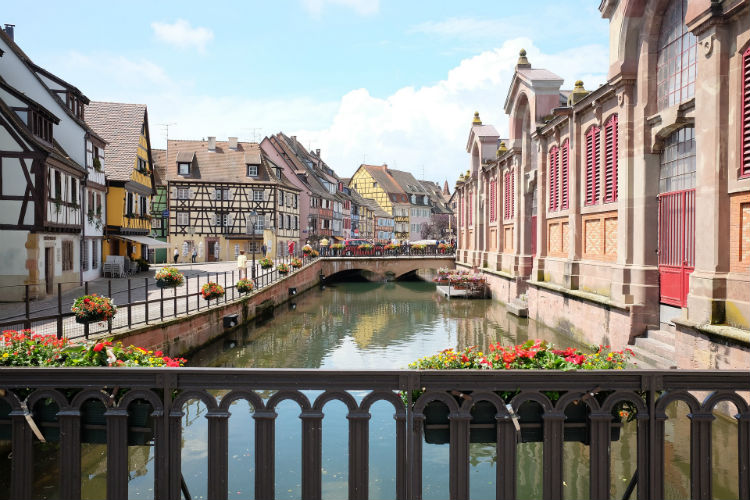 One of the first places you can visit is Colmar during a Rhine river cruise. As one of the most popular rivers to cruise along, many river cruise lines set sail along here. However, it’s not a river cruise port as it’s not situated on the river banks. Colmar is an hours drive from Strasbourg – another popular choice for river cruises.

Colmar is definitely worth a visit, with river cruise lines already offering excursions here such as Riviera Travel and Tauck. It’s one of the best-preserved medieval towns in Alsace, featuring canals, ancient buildings and antique shops. 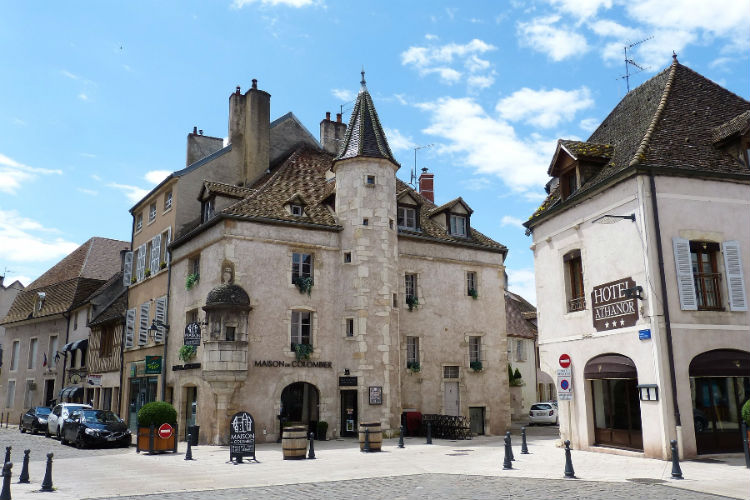 A little further along the route, two points offer a brilliant spectating point for river cruising. Chalon-sur-Saône is the finish town after the race starts in Belfort at Stage 7. The village is based on the banks of the Saône in Burgundy, so it’s easy to get on and off the ship. It’s also a cultural capital town of art and history with plenty of tourist attractions such as the Nicéphore Niépce Museum – dedicated to the inventor of photography who was born here – and the Tour du Doyenné tower where you can enjoy beautiful views of the city. Scenic offers a number of itineraries along the Saône, visiting Chalon-sur-Saône during the sailing. 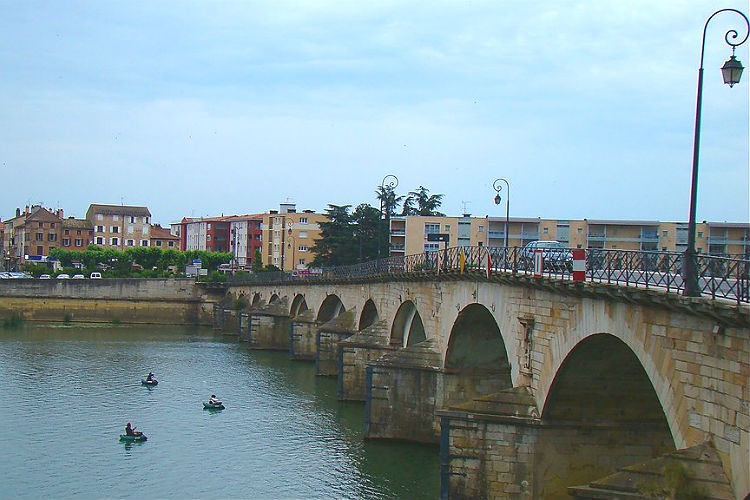 After Chalon-sur-Saône, Mâcon is the next start point for Stage 8, at around the mid-way point for racers in the Tour de France. Also situated along the riverbanks of the Saône, Mâcon is a French town with plenty of southern character. Featuring colourful buildings and Romanesque tiles on the roofs, the town has preserved its rich and historical architectural heritage perfectly to make it a wonderful region to visit.

A number of river cruise lines offer itineraries to this port, including Amadeus, Uniworld, Scenic, Avalon Waterways and Tauck. If you’re itinerary doesn’t visit Mâcon, its an hours-drive from Lyon, which is a popular port for river cruises and is a great alternative option. 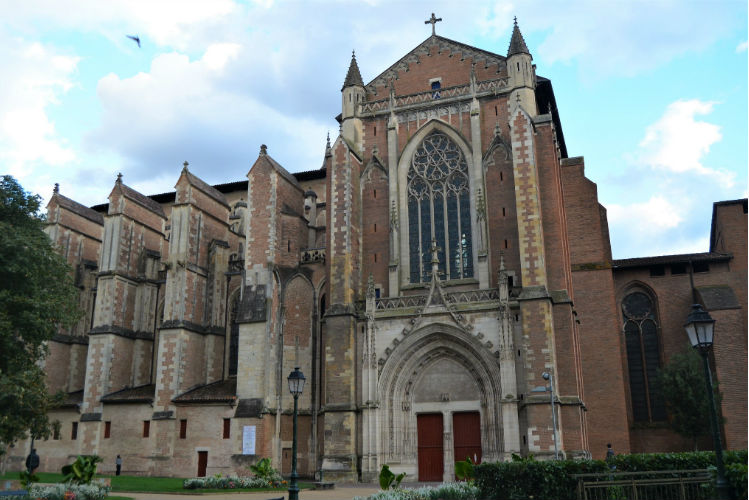 Another river is the Loire, for both the start and finish of Stages 8 and 9. The 13 and 14 July, riders will descend into the town before starting back up again on their next leg of the Tour de France. On its own, Saint-Étienne is a brilliant place to explore as a member of the UNESCO Creative Cities. Look forward to exploring the heritage of the city with the famous Jean-Jaurès Square, picturesque Place du Peuple Square and numerous museums including the Modern Art Museum and the Mine Museum – dedicated to the rich industrial past of the city.

RiverVoyages.com doesn’t offer river cruises along the Loire River, but Saint-Étienne is an hour away from Lyon, which can be reached along the Rhône and the Saône rivers. 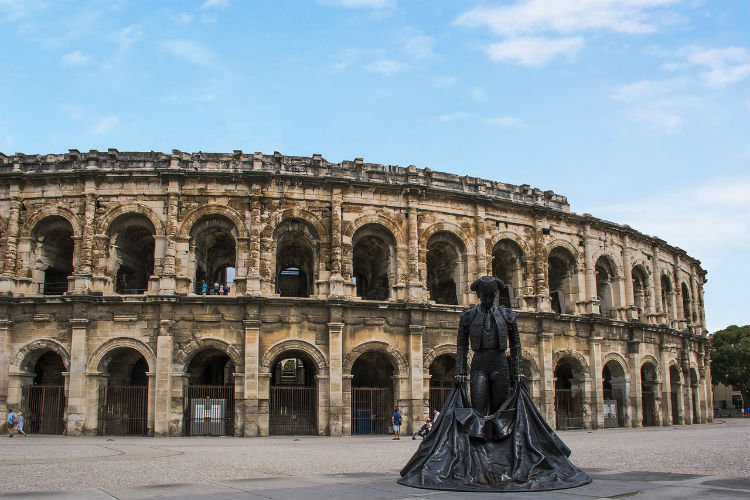 Speaking of the Rhône, there are few other notable points to stop and watch the 2019 Tour de France. Nîmes is the rest town after the gruelling 185km mountain leg of Stage 15, it’s also here where riders participate in the flat Stage 15 before heading on to Pont du Gard for Stage 17.

There aren’t many cruise lines sailing directly to here, so an alternative would be to opt for a Rhine river cruise which visits Avignon or Arles – both of which are just 30-45 minutes drive away from Nîmes. 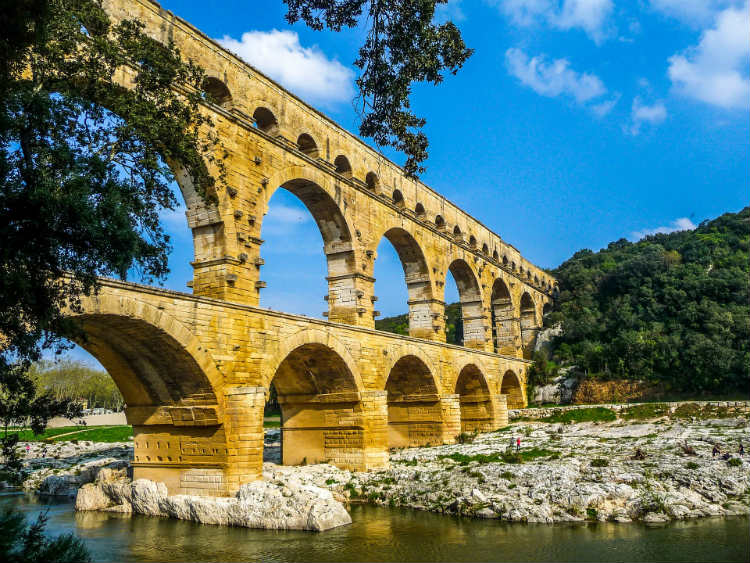 Another point to catch the Tour de France along the Rhône is Pont du Gard, the starting point for Stage 17. This mighty aqueduct is another architectural marvel built by 1st century Romans. Riders will get the special privilege of riding on the Pont du Gard, a UNESCO-listed World Heritage Site with three storeys of arches displayed magnificently.

Though not a river cruise port, river cruise lines offer excursions here to explore the site and see it for yourself. Viking River Cruises has the Lyon and Provence itinerary which visits both Avignon and Arles – close ports to the Pont du Gard. Both Riviera Travel and Uniworld also offer plenty of itineraries to Avignon, where you can plan a trip there for yourself. 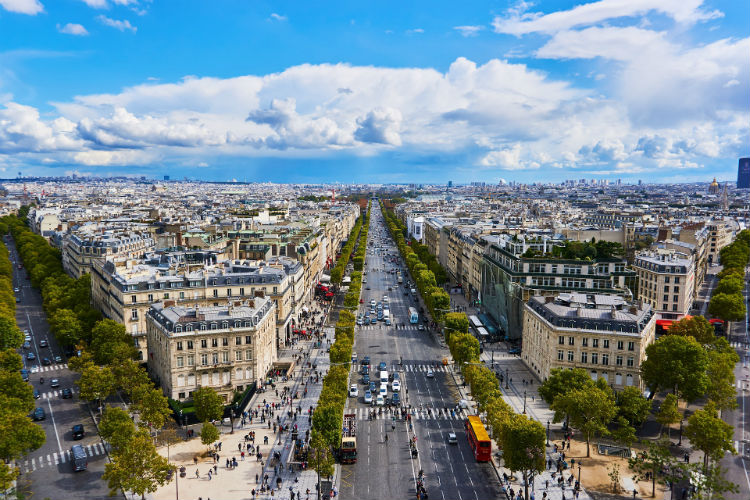 The very final stage, Stage 21, is the last stretch for riders. From Rambouillet to Paris’ Champs-Élysées, this last leg covers 128km of flat terrain ending in one of the most popular cities in the world. Many river cruise lines visit here, including AmaWaterways, Scenic and Avalon Waterways.

The Seine is a river of ever-changing landscapes, with the romantic port of Paris to the beach scenes of Normandy. In Paris, not only can you witness the final moments of 2019’s Tour de France, but you can also enjoy some of the best art museums in the world, including the Louvre; experience French gastronomy like nowhere else; and visit iconic attractions such as the Eiffel Tower and the Notre Dame Cathedral.

The 2019 Tour de France is a sporting event that many flock to see, waving flags and cheering from the roadside. It’s estimated that 10 million spectators of all ages will head out to watch the race pass by and enjoy the atmosphere of one of the most popular sporting events in the world! 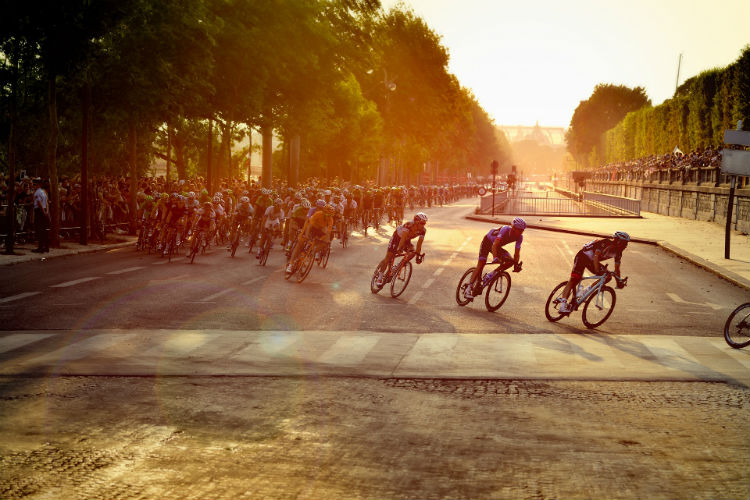 It might be a little too late to enjoy the 2019 Tour de France first hand, but it’s never too early to plan for next year! Take a look at all of our 2020 river cruises to France by clicking the button below and plan your cycling-inspired river cruise for next year.

Have you been to see the Tour de France? Where did you watch it? Let us know in the comments below.

Gallery image with caption: Five ports that will make you fall in love with Russia

Gallery image with caption: Behind the scenes: Cruising the Mekong on-board AmaDara

Gallery image with caption: Off the beaten track: River cruising in Myanmar