As my leg muscles start to scream in protest at the seemingly never-ending spiral stone staircase, I’m forced to admit that I can’t keep up with my fellow passengers on this river cruise tour.

Most of them have long since leapt past me like springy young gazelles as we make the arduous ascent of Vienna’s St Stephen’s Cathedral, and by the time I stagger into the small lookout some 343 steps up they’re ready to race back down as our guide has offered to buy ice-creams.

Fast-paced or what! But then, these aren’t your typical river cruise customers but a gang of tweens and teens, including my own 16-year-old twin daughters, who’ve joined this family-focused river cruise with parents and grandparents. 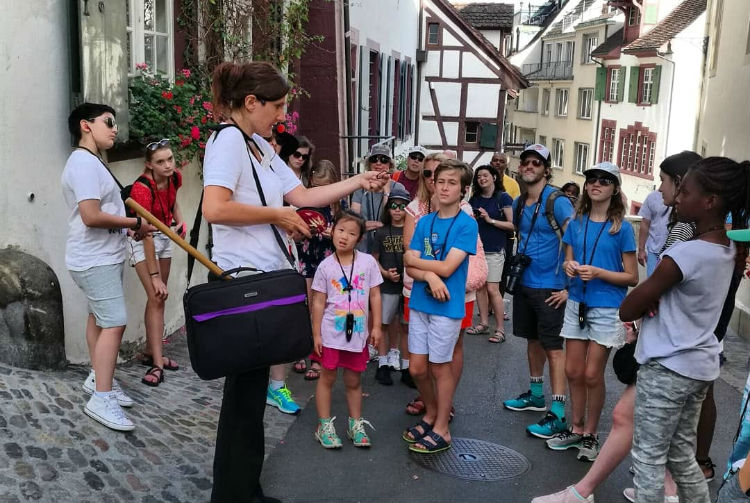 Until a few years ago I’d always thought that, like oil and water, river cruises and children simply didn’t mix as riverboats can’t compete with their ocean-going counterparts when it comes to kids’ clubs, water parks or glitzy entertainment. 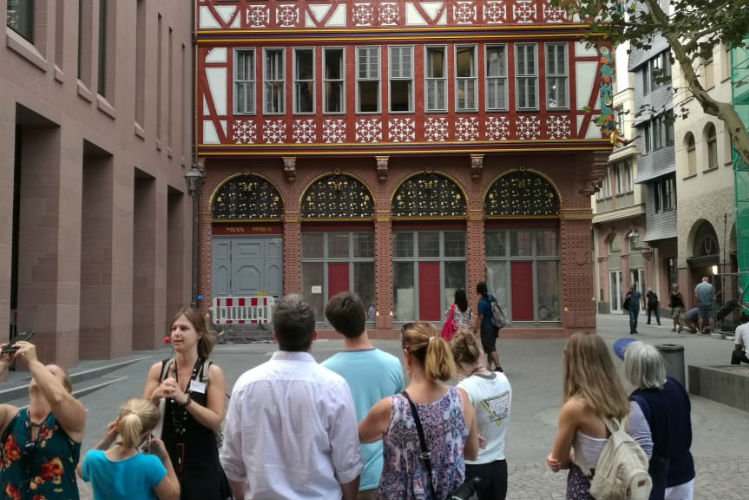 But such voyages more than compensate with routes through some of Europe’s most historic cities that offer culture by the bucketload along with beautiful countryside and a relaxed house party ambience.

Some river cruise vessels even have swimming pools and hot tubs from which to enjoy the views, along with mountain bikes that enable all ages to go exploring ashore on two wheels. 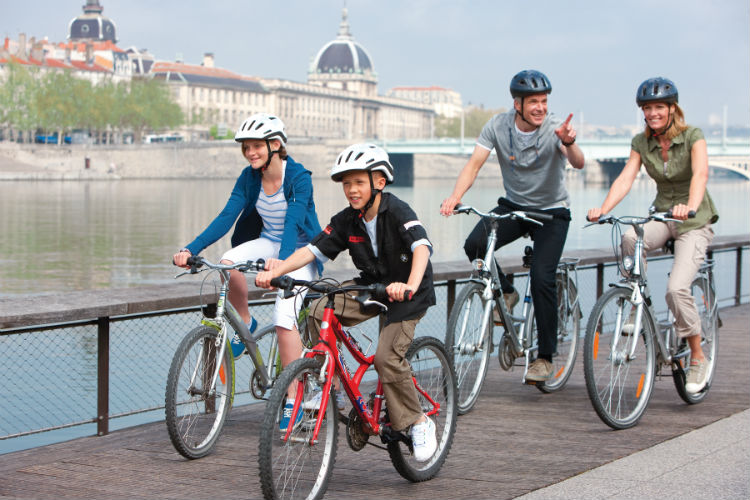 Uniworld is one of a handful of river cruise companies now offering family-friendly departures on European sailings, so I opted for a “Generations” cruise along the Danube with a programme of activities designed to appeal to younger tastes that included hikes, castle visits and treasure hunts. 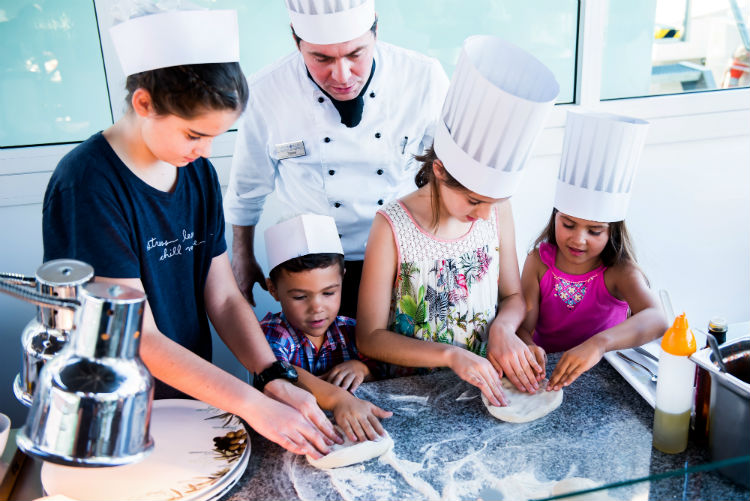 Our voyage from Nuremberg to Budapest mainly consists of families, with a number of multi-generational groups – the largest being a 17-strong US family led by the grandparents, their four children and partners plus seven grand-children.

Such a mix brings more of a buzz into the on-board ambience as there are 27 under-18s on this cruise. The youngest is just six years old, though most children are tweens and teens which I feel is the prime age to get the best out of the activities and experiences that river cruises bring. 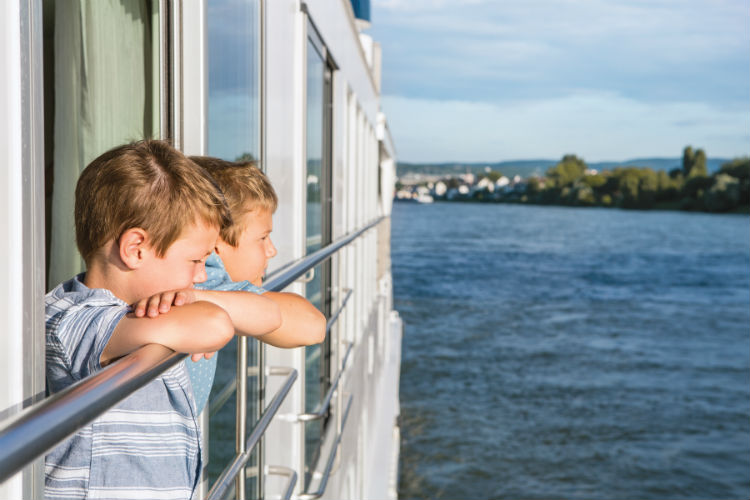 When we’re sailing, the older children are happy enough chilling out on deck in the sunshine, though sadly there’s no pool or hot tub. However, younger cruisers are kept busy by the children’s hosts and learn how to make novelty pancakes at a cookery class, before racing around the decks looking for clues on a scavenger hunt. 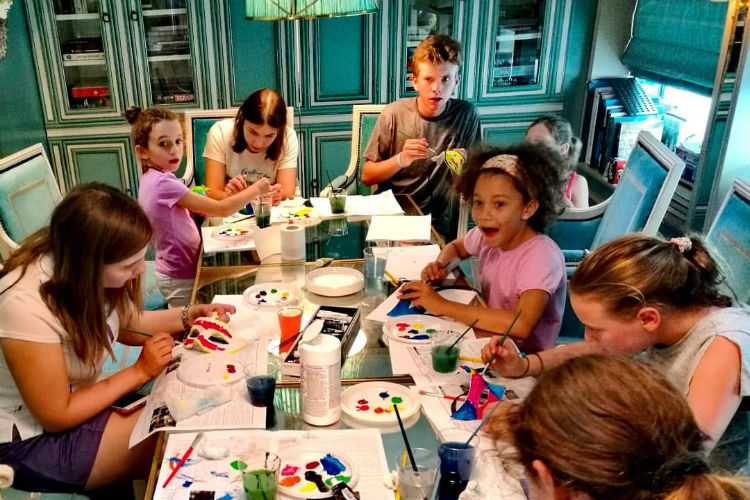 Our floating home for the week is the 124-passenger “Super-Ship” Beatrice, a rather grand affair with marble floors, glam décor and an eye-popping ivory Murano glass chandelier in the glitzy reception area.

Yet, obviously with youngsters in mind there are big glass jars filled with cookies and gummy bears that soon attract the attention of our two young cruisers.

Such touches help to bring a relaxed feel to the grand surroundings, especially as families increasingly mix and mingle, and it’s not long before our daughters, Dani and Holly abandon us to hang out with other teens. 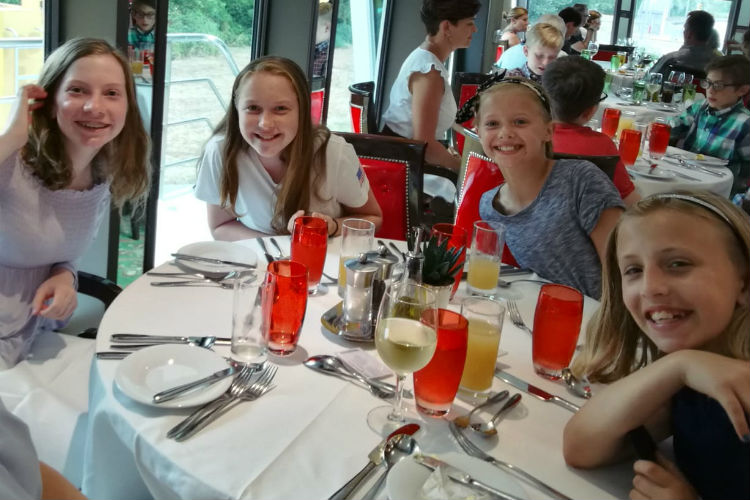 Mealtimes are sociable affairs as we tuck into four-course dinners in the main Mozart’s Restaurant, though on some evenings an alternative is offered in Max’s – a cosy bistro that offers Chef’s Table and steak evenings, though these come with an added charge.

Yet nearly everything else, such as drinks and gratuities, is included in the price. So too are the Generations excursions, and I’m keen to try as many as possible. 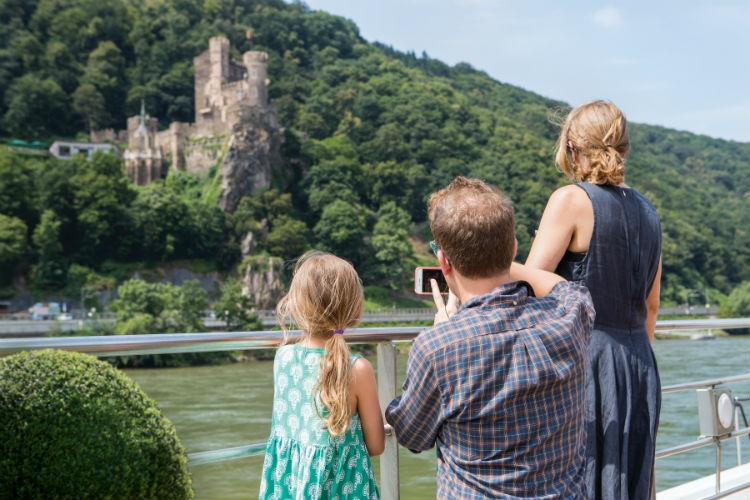 One of the most appealing is a “river splash” in the German city of Passau, all winding cobbled streets and pretty Baroque buildings, which sits at the confluence of the Danube, Inn and Ilz rivers.

Here, we spend an afternoon paddling kayaks, canoes and paddleboards with other families along the quiet backwaters of the Ilz River, having explored the city on a morning treasure hunt where Dani and I have our first taste of geocaching as we use our phones to track down hidden clues.

While we’re puzzling over GPS co-ordinates, my husband has taken Holly on a more rigorous hiking tour across the surrounding countryside.

The following day brings a unique chance to mingle with royalty when we visit Artstetten Castle high in the Austrian hills, home to Princess Anita von Hohenberg of the legendary Habsburg dynasty that formerly ruled much of Europe. 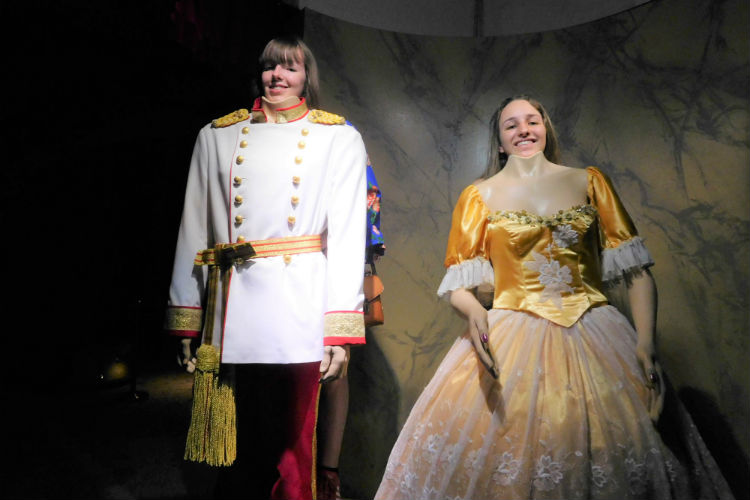 Her great grandfather was Archduke Franz Ferdinand of Austria, whose assassination in Sarajevo in June 1914 led to the outbreak of World War I, and we’re all spellbound as we sit in the grand salon amid Habsburg family portraits lining the walls as Princess Anita recounts the moment that changed the world. 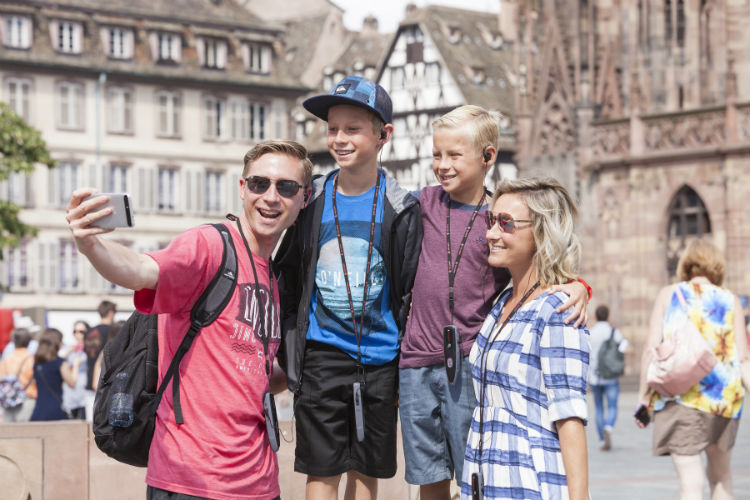 It’s a living history lesson that sets the seal on a week where river cruising’s ebbs and flows proved to be a perfect mix of culture and family fun that took us into Europe’s historic heart.

Just be prepared to keep up!

Gallery image with caption: The enduring majesty of the Yangtze