Cruising on France’s longest river has traditionally been the preserve of flat-bottomed wooden boats known as toue sablières which were once deployed to transport goods along the Loire and its tributaries. Recently, cabin cruisers and small hotel barges have offered the opportunity to explore the Loire Valley with its spectacular châteaux. Due to sandbanks and low-lying islands, the capricious shallow reaches of the Loire River have prevented larger passenger vessels navigating several stretches of this 629-mile long waterway – until now. 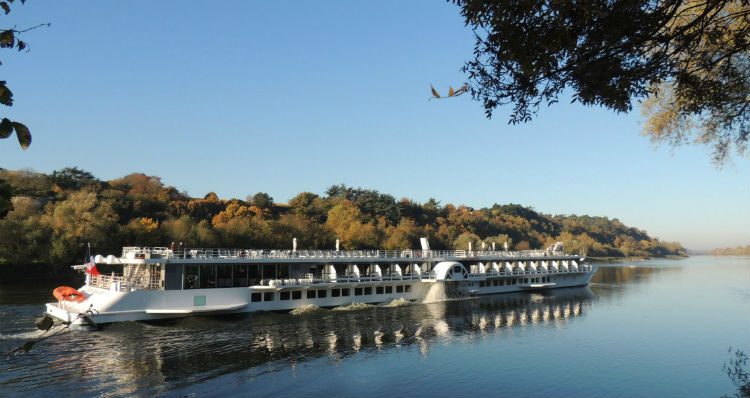 With its innovative paddlewheel technology and pump-jet propulsion, CroisiEurope’s MS Loire Princesse is the only river cruise ship able to navigate the Loire River in western France all the way from its estuary at Saint-Nazaire on the Bay of Biscay to Bouchemaine, a quaint village near Angers and the jumping off point for tours to the enchanting Loire Valley.

At 295 ft long and 49 ft breadth, MS Loire Princesse has a draft of just 2.6 ft – and herein lies the secret to this vessel’s ability to cruise the Loire – even during low water periods in the summer months. There is an expansive Sun Deck with unimpeded views and comfortable loungers, and towards the stern on Upper Deck guests can enjoy the convivial lounge bar with dance floor. 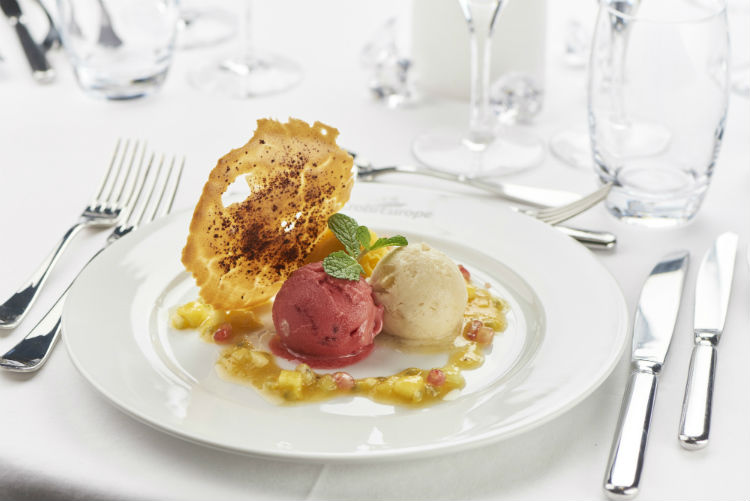 A hallmark of CroisiEurope river cruises is the cuisine, and MS Loire Princesse is no exception with single-seating dining in the Restaurant on Main Deck. Breakfast is a continental affair from a self-service buffet; lunch is a leisurely three-course affair served by the efficient crew; while dinner is an undoubted highlight. Nightly menu choices include foie gras; langoustine; fillet of veal; local cheeses and tasty desserts. 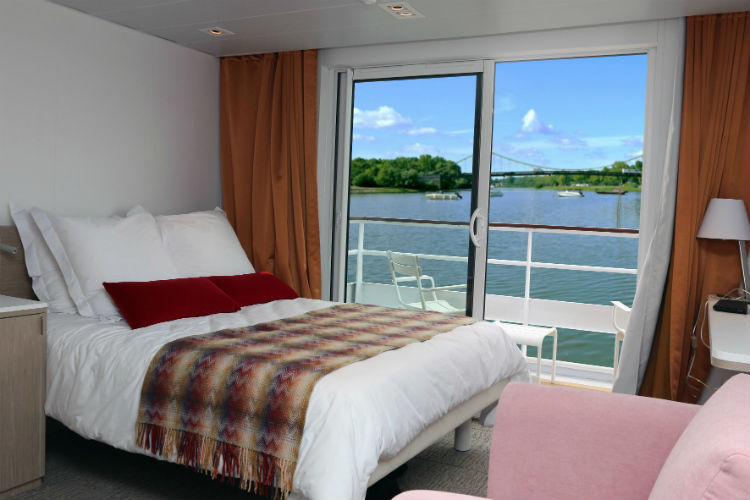 Conveying 96 passengers, on Upper Deck there are 30 cabins with private balconies, while on Main Deck there are 18 cabins with picture windows. Decorated in the company’s signature colour-scheme of crisp-white and apple-green, each cabin is stylish but unpretentious and all are equipped with the latest technology and have a private bathroom. All beds face the river, so you can wake to an unrivalled perspective of the passing scenery. 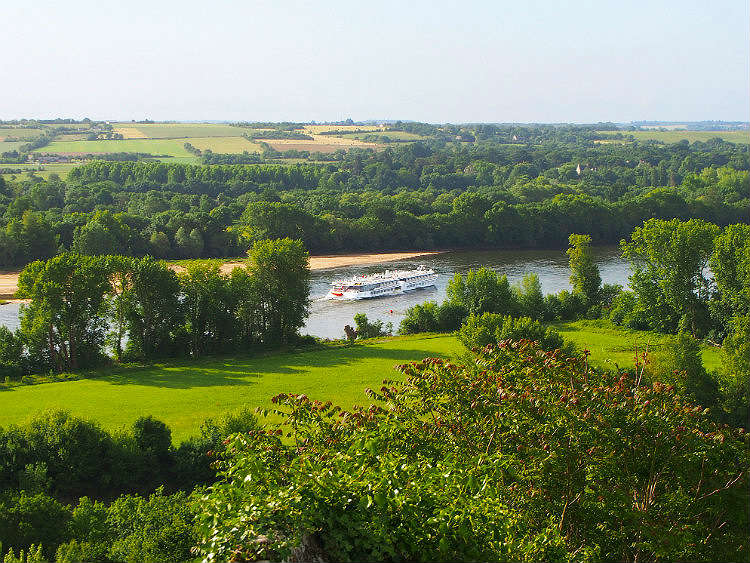 This eight-day Loire river cruise starts in Nantes where a regeneration project has been inspired by the futuristic ideas of science fiction writer Jules Verne, who was born in the city. With MS Loire Princesse docked at Quai Wilson in the heart of the city there is the chance to visit les Machines de L’île – fabulous mechanical creations including a three-storey carousel filled with sea creatures, as well as a vast wooden and steel Éléphant. The first stop is Saint-Nazaire for an excursion to Escal’Atlantic – a superb museum of France’s maritime history with more than 200 rare artefacts from various legendary ships built here between the early 1900’s and the 1960’s. Alternatively, take a guided tour of medieval Guérande and enjoy a perspective on this historic town from the ramparts and towers leading to La Porte Saint-Michel.

Heading east you reach Ancenis where the Loire-Atlantique, Vendée and Anjou provinces meet. An excursion to the Muscadet Wine Route starts at the charming medieval town of Clisson before continuing on to La Chapelle Heulin for a tasting of the dry, fruity and aromatic wine at a château. The next day starts with a visit to the Angers where the immense walls of the famous 13th century Château d’Angers contain the extraordinary Apocalypse Tapestry – one of the most celebrated medieval tapestries in the world. There is also a guided tour of Saumur and the home of French horsemanship – the Cadre Noir military riding academy, founded in 1825. 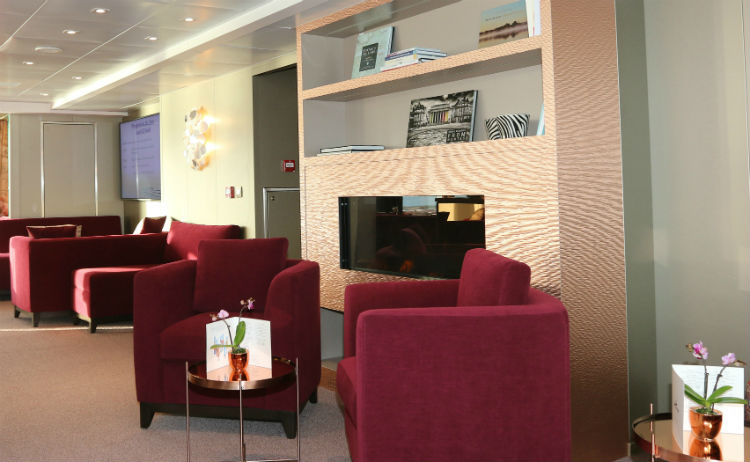 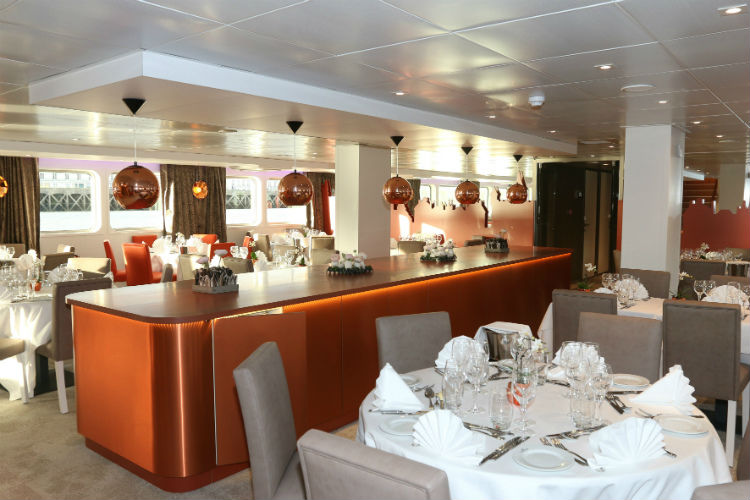 An undoubted highlight of this CroisiEurope river cruise is a visit to three of more than a thousand royal and aristocratic palaces in this region of the Loire known as the ‘Valley of the Kings’. After arriving at Bouchemaine tours head to the French Renaissance Château d’Azay-le-Rideau, built on a small island in the middle of the Indre River. After lunch there’s the opportunity to enjoy the manicured gardens surrounding the Château de Villandry before heading to Château d’Ussé – a fairytale stronghold of fortified towers, turrets and steeples. This cream-coloured confection inspired Charles Perrault to write his children’s tale ‘Sleeping Beauty’ in 1697 and more recently gave Walt Disney the template for his trademark castle. Returning to Nantes you can take a trip along the Angevine Corniche with its timeless picturesque villages, or enjoy a scenic bike trip along the banks of the Loire.

CroisiEurope has recently launched a brand new Loire itinerary. This seven-day sailing starts with an overnight in Paris followed by a day trip taking in the extraordinary Château de Chambord, one of the most recognizable châteaux in the world thanks to its distinctive architecture blending traditional French medieval forms with classical Renaissance structures. After lunch in a local restaurant there is a visit to the Château de Chenonceau – one of the best-known and most-visited châteaux in the Loire Valley. Guests then head to Nantes to board MS Loire Princesse for the start of the cruise.

In addition to visiting the Escal’Atlantic museum in Saint-Nazaire, I also visited the U-Boat Pens at Saint-Nazaire which are mind-blowing examples of ‘Nazi Megastructures’. This impenetrable German submarine base, built in 1941-42, became the French HQ for the Kriegsmarine. I walked along the pens and saw where U-Boats docked during this sombre chapter in Second World War history.

Arrange your travel plans so you have more time to enjoy Nantes. The 13th century Château des ducs de Bretagne is in the heart of the city; other attractions worth seeing are the Musée des Beaux-Arts de Nantes, contemporary arts venue Le Lieu Unique, and Cathédrale Saint-Pierre-et-Saint-Paul de Nantes.

Would you like to embark on your own picturesque CroisiEurope river cruise on-board MS Loire Princesse? Call our award-winning Cruise Concierge team on 0800 197 0854 to find your perfect voyage.

3 Responses to “MS Loire Princesse: Innovation in the Loire Valley”