“You British? Been long time – where you go?”

The grizzled robed hawker fixes me with a gap-toothed grin as he enthusiastically proffers an armful of colourful pashminas before raising his hands in an elaborate flourish and crying “Welcome to Alaska”.

As we’re standing in the depths of the crowded bazaar in the southern Egyptian city of Aswan, the contrast couldn’t be greater and I can’t help laughing at his quirky humour before walking away as he follows in hot pursuit.

Tourists, and especially Europeans, seem to be few and far between here. In fact, during a week cruising the Nile between Luxor and Aswan, I don’t come across any other Brits apart from the handful I’m travelling with on Uniworld’s new luxury riverboat SS Sphinx.

Yet it soon becomes obvious that this is an ideal time to explore Egypt’s legendary sites without the usual crush of crowds and queues.

From our starting point in Luxor, we wander through the columns and gateways of Karnak Temple, dating from around 2,000 BC and delight in exploring the ruins of nearby Luxor Temple at sunset as the sun’s dying rays beautifully illuminate its sandstone pillars.

The Valley of the Kings is similarly uncrowded, giving our group space and time to explore pharaonic tombs carved into the mountainous landscape with walls decorated with intricate paintings of gods and tales of the afterlife, the vivid colours seemingly undimmed by the passing of three millennia.

There are 63 burial chambers here, with the largest containing a mind-boggling 150 rooms, but only nine are open at any one time.

The smallest – and most popular – is that of Tutankhamun, famously discovered by archaeologist Howard Carter in 1922, with the centenary of this historic find falling on November 4. 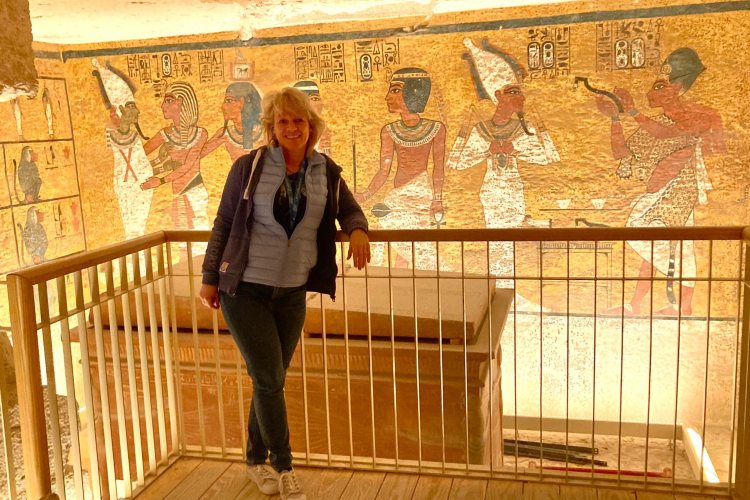 This has been flagged as a potential date for the much-delayed opening of Egypt’s $1 billion Grand Egyptian Museum close to the Pyramids that will house more than 100,000 artefacts, including the full set of treasures from Boy King’s tomb.

However, before then, Egypt’s famous landscapes and antiquities are due for a starring role in the latest movie adaptation of crime queen Agatha Christie’s classic thriller Death on the Nile, which hits the big screen on February 11.

The romance of following this legendary waterway, famous as the bringer of life to this arid landscape hits home as we cruise from Luxor southwards to Aswan.

The tranquil surroundings are perfectly complemented by SS Sphinx, which resembles a floating boutique hotel with sumptuous interiors inspired by Egyptian designs and sourced from local artisans. 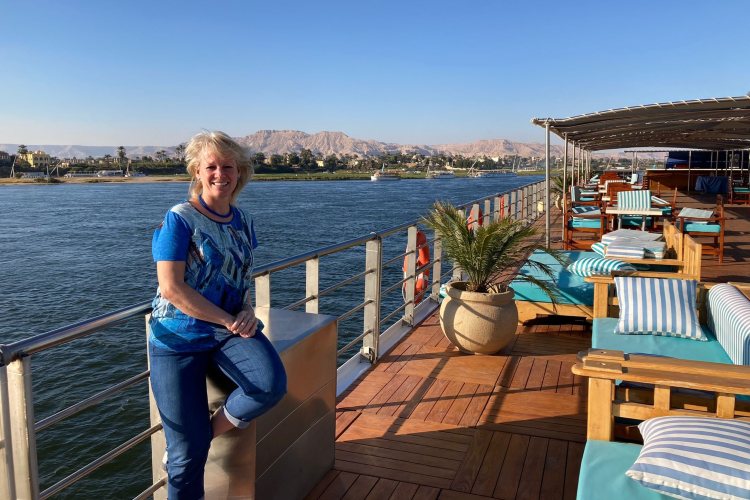 Beaded brass lamps and traditional artwork adds to the Egyptian feel, while the spacious top deck is lined with plush daybeds with tented drapes inspired by ancient Egyptian barges, and sparkling allure of a mosaic-tiled pool.

With 84 guests to 58 crew, service is suitably pampering and the excellent cuisine means we dine like pharaohs on a mouth-watering mix of international cuisine and traditional Egyptian fare that includes mezze snacks, fresh fish and delicious mince-stuffed pitta breads known as hawawshi.

Life aboard is relaxed, even under the shadow of Covid as everyone is double or triple-vaxxed and temperature checks are taken as we board. However, masks are compulsory at all times apart from in cabins or when guests are dining or drinking, and this applies to excursion coaches too.

However, it’s not something we need to think about as we climb aboard one of the traditional felucca yachts plying the waters around Aswan, where our Egyptian skipper expertly rides the breeze past the whirlpools and rocky islets of the rapids, known as cataracts. 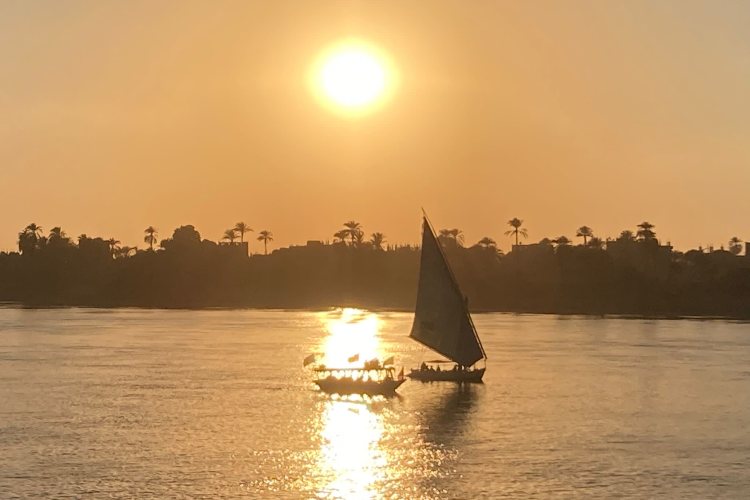 These have been tamed by Aswan’s two dams. The first, built by the British and completed in 1902, was superseded by the vast 2,030-square-mile Aswan High Dam, which opened in 1970.

Yet the most evocative highlight here is Aswan’s Old Cataract Hotel which exudes elegance and colonial charm.

While our group is ushered through the Moorish arches of the stately reception area, I’m whisked off for a quick peek of the plush suites where Sir Winston Churchill and Agatha Christie stayed.

The views are astounding and I can immediately see why the author remained here for several months in 1937 when she penned her famous thriller. 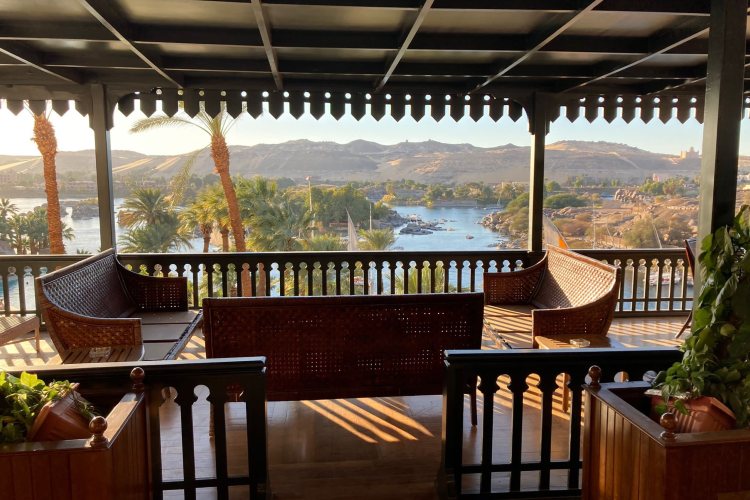 As I take my seat on the waterside terrace to enjoy a full traditional afternoon tea while felucca’s drift slowly past, I find it incongruous that such a beautiful backdrop inspired such deadly thoughts.

The only thing I feel like murdering are the plates of sweet treats laid out before me. In such atmospheric surroundings, this is a moment truly worth savouring.

Sara Macefield is an award-winning travel journalist of more than 20 years standing, and has spent the last decade writing about the cruise industry – exploring the world's oceans and rivers on ships of all sizes. Having notched up more than 100 cruises, her most memorable trips have been to the Galapagos Islands with their superb wildlife, and sailing along Burma’s remote Chindwin River to villages far off the tourist track. She writes regularly for The Daily Telegraph and Daily Mail and has also written for The Times/Sunday Times, Mail on Sunday and Woman & Home magazine