Uniworld Boutique River Cruise Collection has a new Super Ship. In early spring, a setting sun burnishing the Garonne River in the Bordeaux region of France as the company’s CEO and President, Ellen Bettridge deftly sliced the top off a bottle of champagne with a sabre. Assembled guests then toasted the arrival of SS Bon Voyage to the company’s fleet.

By Uniworld standards the inauguration of their latest Super Ship was a low-key affair but this reflected the fact that SS Bon Voyage is a reincarnation of Uniworld’s former River Royale which had been sailing from Bordeaux since 2014. Following an eight month stem to stern re-inspiration which cost €12.5 million, this vessel has been transformed from model to masterpiece. Now more opulent than ever and reflecting a classy French vibe across every deck, the guest capacity of SS Bon Voyage has been reduced to 124; four spacious suites have been created; as well as new dining venues and a spectacular Soleil Deck. 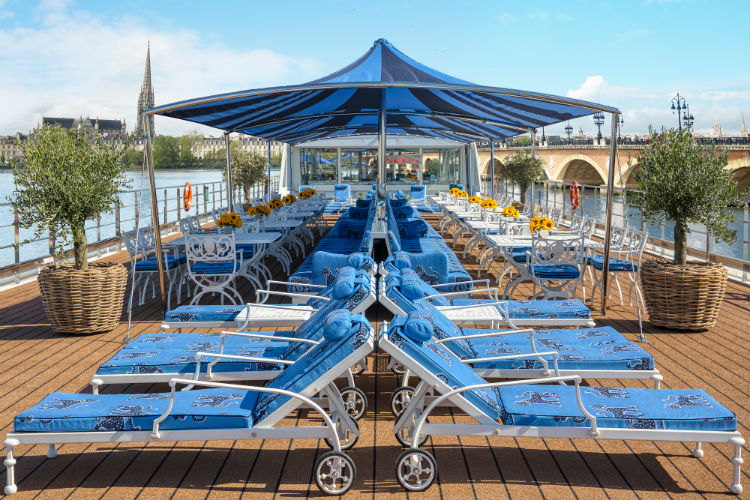 With a fleet of 13 vessels, Uniworld sails through some of Europe’s most spectacular cities and towns along the Rhine, Danube, Douro, Rhône, Seine, Gironde, Garonne and Dordogne rivers; as well as exploring the waterways of Russia, Egypt, India and Asia.

Clad in polished wood and adorned with subtle brass vintage lights and fresh flowers, Le Grand Fromage restaurant evokes timeless elegance. Tables are set for two, four, six or eight people. There is a large buffet where a cornucopia of treats is displayed at breakfast and lunch when local Bordelaise specialities are on offer. 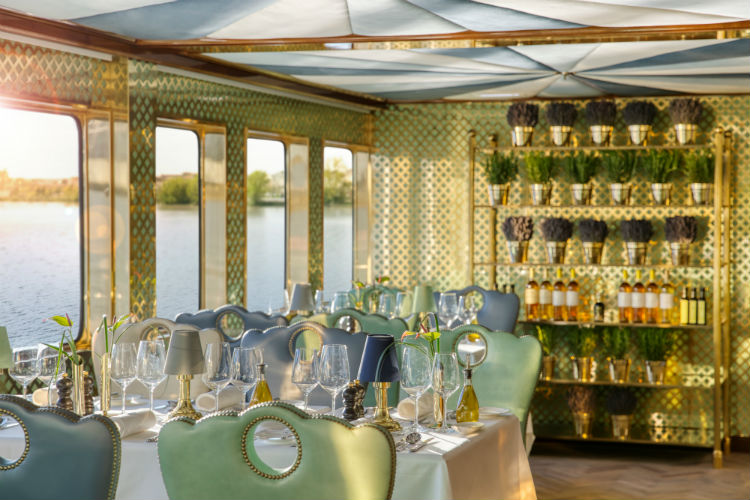 In the evening, menus feature locally sourced ingredients expertly prepared by a team of 14 chefs. This farm-to-table approach to cuisine ensures high quality and there are also vegetarian and vegan options. Superb local wines are served at lunch and dinner by the knowledgeable sommelier. 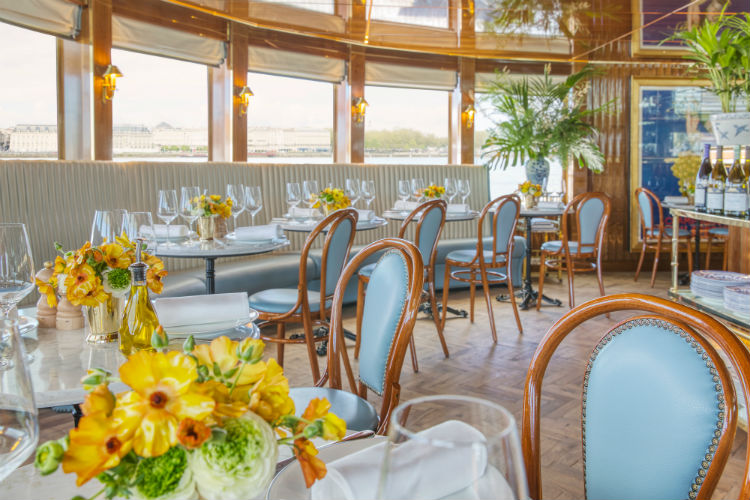 Forward of the main lounge and seating 30 guests, the quintessential Parisian La Brasserie, inspired by the famous Bouillon Pigalle, is a popular choice for traditional bistro fare during several nights each cruise. 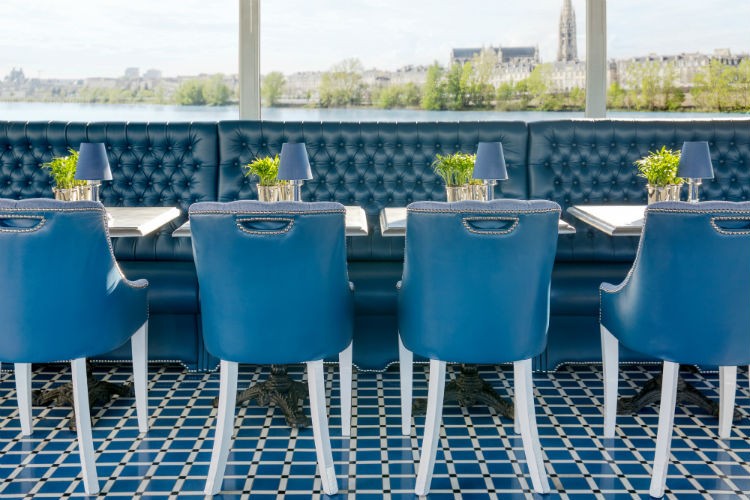 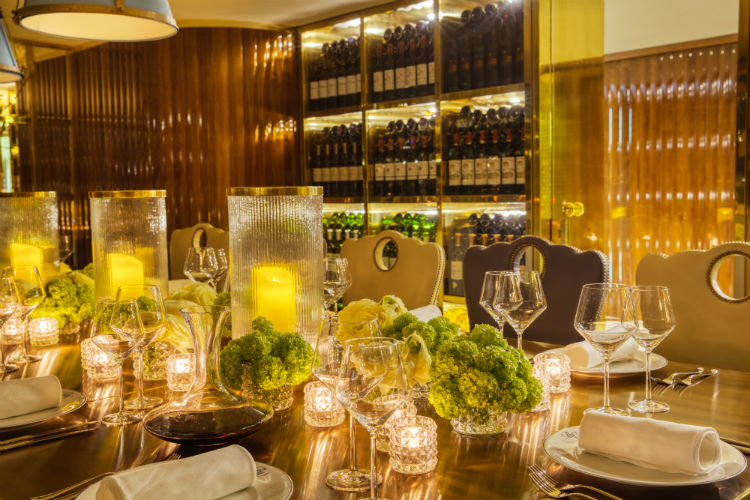 Superb wine-pairing menus are served in the intimate La Cave Des Vins where the finest local produce is the star turn. Guests can savour oysters from nearby Archachon; homemade foie gras; tender Pyrenean lamb and sweet Bordeaux Canelés; as well as market-fresh cheeses. Not to be outdone, the wines are from legendary châteaux in the Bordeaux region as well as other fine vintages from across France.

No expense was spared in the transformation of the accommodation aboard SS Bon Voyage with every stateroom being redesigned with cool marble bathrooms and other unique features. 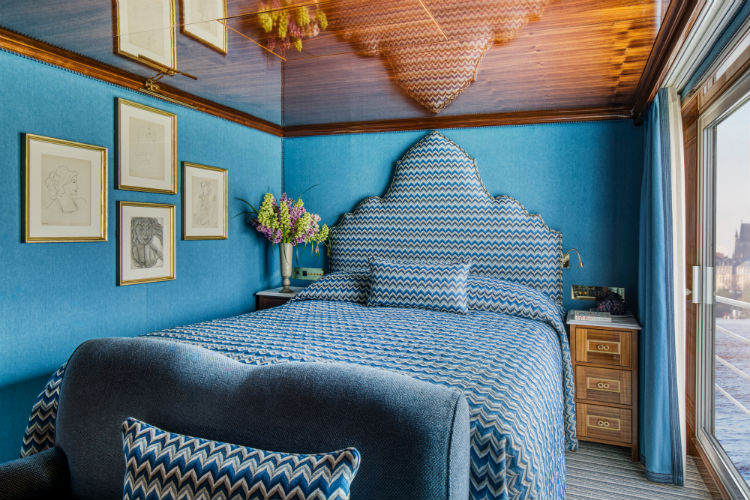 The four spacious new suites are undoubtedly opulent, so too is the rest of the accommodation which spans three decks and boast a palette of blues, greens and lavender. 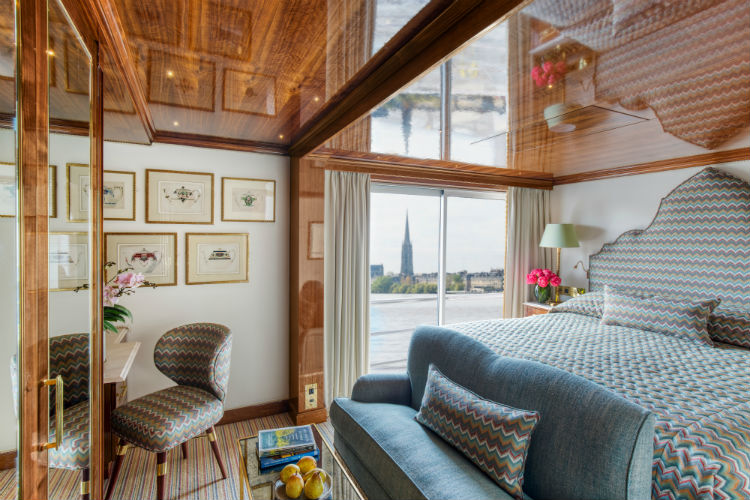 Most are French balcony cabins or Deluxe cabins – all of which boast ultra comfy Savoir bed. The Asprey’s of London amenities underscore the company’s pursuit of excellence. 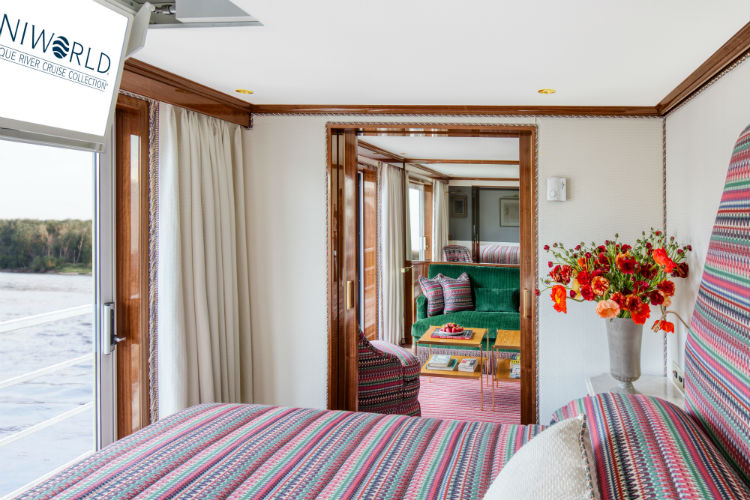 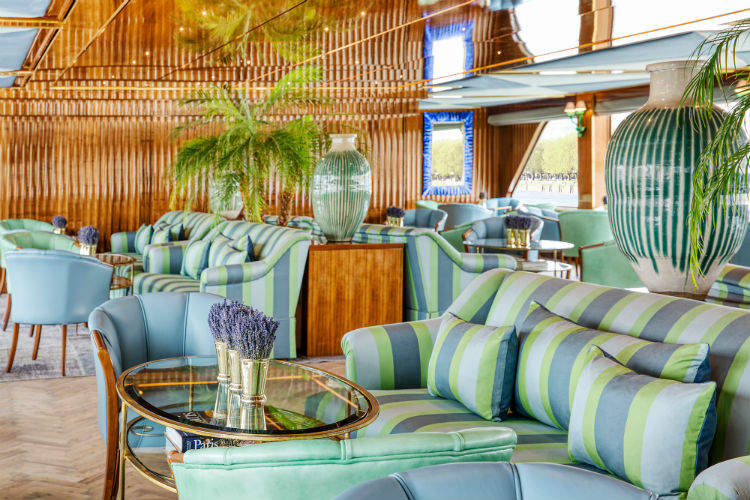 Guests can socialise after dinner without hackneyed melodies from a keyboard player or crooner which is the norm on river cruises as the company has invested in top-tier local entertainment which features on particular evenings throughout the cruise. 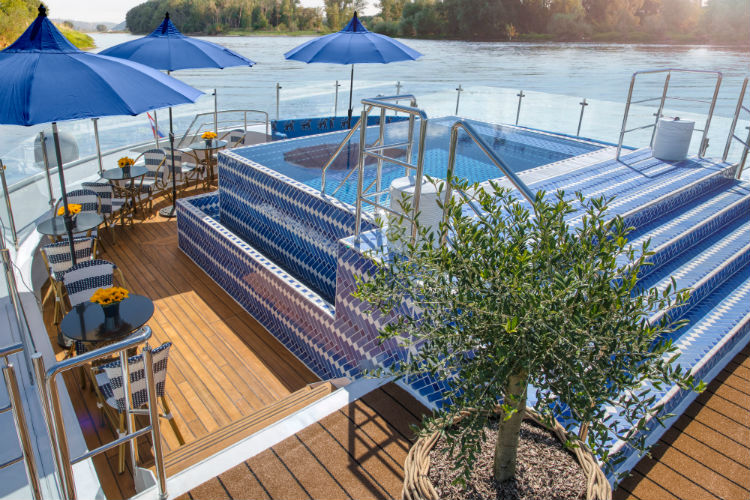 The Soleil Deck is awash with sun-loungers sporting vibrant fabrics in a fresh blue and white palate with Indian tiger motif; while at the stern, the new blue and white tiled infinity pool is the only one on European rivers. Each day is filled with personalised excursions, many of which are specially-designed just for Uniworld guests. New tours include an exploration of Libourne’s local farmer’s market with the Executive Chef; an artisanal wine-tasting at Château de Cazeneuve; and a bike tour through Médoc. 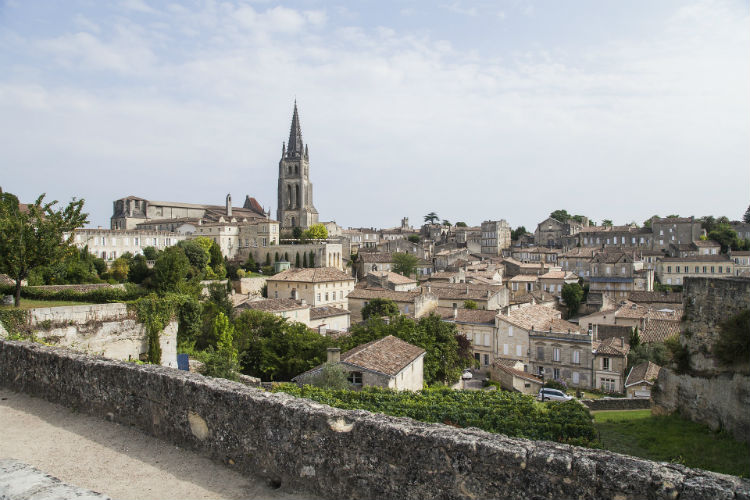 Also on offer is a sunrise meditation on Europe’s highest sand dune at La Teste-de-Buch; as well as retro sidecar tours of Bordeaux. ‘Masterpiece Collection’ tours are the pinnacle of destination immersion and include a 4-hour cooking class with lunch at Château Ambe Tour Pouret in Saint-Émilion for just ten guests.  SS Bon Voyage also has a gym with wellness coach and a small spa.

S.S. Bon Voyage offers three itineraries: the eight-day ‘Brilliant Bordeaux’, 15-day ‘A Portrait of France’, and 22-day ‘Ultimate France’.  Most passengers hail from the United States, Australia and the UK; and the average age is early sixties.

The personable staff pre-empt guest’s preferences with unerring instinct. On such a cruise through one of the most seductive wine regions of France, this amiable and competent team were certainly ‘premier crew’. 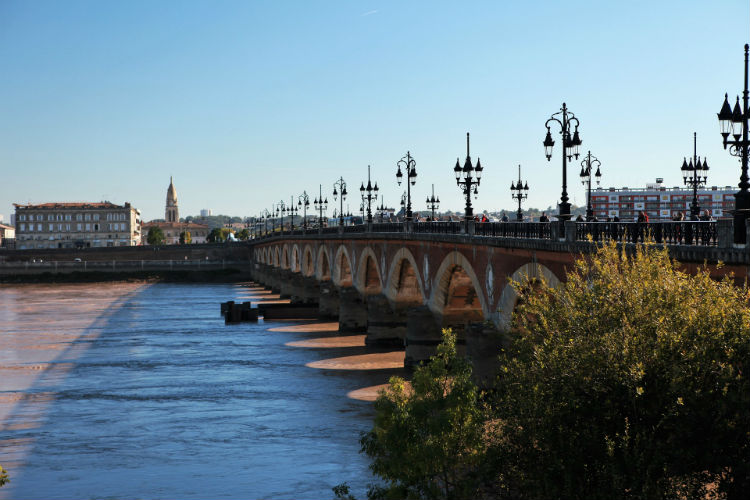 Gallery image with caption: Set sail with us on-board AmaWaterways